Rohit Sharma did not let the selection disappointment hamper his Valentine's Day mood.

The national selectors announced the Indian team for the Border-Gavaskar Trophy 2016-17 against Australia and one of the notable exclusions was of fan-favourite Rohit Sharma. The Mumbai batsman underwent a surgery after getting injured in the final ODI against New Zealand at Visakhapatnam end of October. He has been out of action since but had earlier announced that he will be eyeing a comeback during the Australia series.

The selectors dashed the hopes of the Mumbai Indians (MI) skipper as he failed to make the cut. Rohit’s loss went on to be Karun Nair’s gain. The Karnataka right-hander was picked for the England series and he slammed a triple ton in the final Test. However, Rohit is not perturbed with selection issues and did not let this setback hamper his Valentine’s Day celebrations. He shared a picture with his wife Ritika Sajdeh and showcased his romantic side as he wrote, “You should make the person you love feel special everyday but who doesn’t love an excuse to celebrate something. Happy V’day baby.”

You should make the person you love feel special everyday but who doesn’t love an excuse to celebrate something. Happy V day baby

Meanwhile, ‘Universe Boss’ Chris Gayle revealed his date on this special day. The burly Jamaican cricketer has been in centre of controversies for his womanising habits. But this was rather a cute post.

Dressed in red is his daughter Blush, who is not even a year old. As much for the controversies and the big hits, Gayle is also a doting father and loves to spend as much time possible with his little Blush. 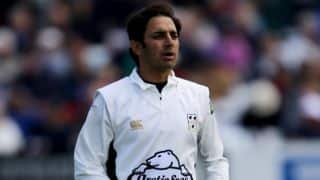 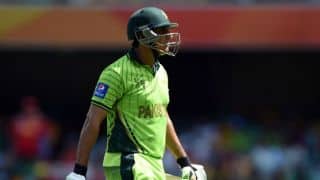