All rounder Rory Kleinveldt will be returning to South Africa after a three-year successful stint with Northamptonshire County Cricket Club.

All rounder Rory Kleinveldt will be returning to South Africa after a three-year successful stint with Northamptonshire County Cricket Club.

The 35-year-old has been a mainstay of the Northamptonshire team since arriving at the County Ground in 2015 and scored over 1200 runs scored in the County Championship at an average of 23.25 to go with 140 wickets with best figures of 9 for 65.

With Northamptonshire, Kleinveldt won the 2016 T20 Blast, 12 months after reaching the final of the same competition. “I can honestly say it’s been a great few years for me here. I’m leaving with some amazing memories and wish the lads all the best for the future,” he said.

Rory has been a strong character in the dressing room and has never taken a backward step, said head coach David Ripley, adding. He s a fine competitor with bat or ball and I ve really enjoyed having him around. He s been great for me personally, great for the dressing room and it was great to see him sign off with 450 First Class wickets against Middlesex.

You can t look beyond Finals Day in 2016 and the ball that got Alex Hales out. I ve seen him get 40 off eight balls to win a game at Worcester, and a nine-for at the County Ground against Notts in a big top-of-the-table County Championship clash. He s been very good for us and I wish him well, he added. 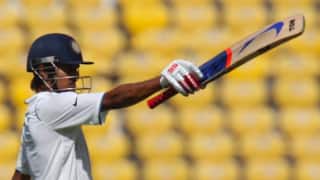