Ousted New Zealand cricket captain Ross Taylor said on Friday he was distressed at being axed in favour of Brendon McCullum and needed a break from the game after a "very challenging" time. 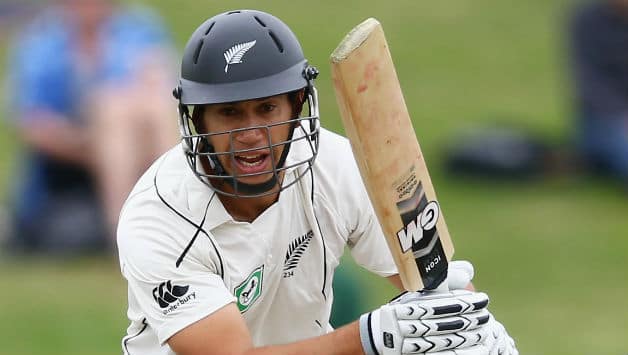 Ousted New Zealand cricket captain Ross Taylor said on Friday he was distressed at being axed in favour of Brendon McCullum and needed a break from the game after a “very challenging” time.

After a week of intense speculation about Taylor’s future, New Zealand Cricket (NZC) confirmed the 28-year-old batsman had been dumped as skipper and would sit out the upcoming tour of South Africa.

“It was felt that the workload for a young captain was a lot,” NZC chief executive David White told reporters, adding that Taylor rejected an offer to remain Test captain while handing limited overs duties to McCullum.

Despite presiding over a string of poor results, Taylor remains New Zealand’s best batsman, averaging 43.45, and his absence from the Test squad for South Africa further weakens a side missing injured spinner Daniel Vettori.

Taylor said coach Mike Hesson told him he was no longer wanted as captain before last month’s two-Test series in Sri Lanka, where the Black Caps fought back for a creditable 1-1 draw after losing heavily in the first Test.

“Obviously, the news and the timing was distressing,” he said in a statement. “It has been a very challenging and pressured time and I don’t believe I can give 100 percent to the game at this time.”

Taylor, who White said could play in a home series against England in February, did not rule out an international comeback under McCullum.

“I am determined to contribute to the Black Caps team in the future and help whoever is in charge to win,” he said.

Hesson defended his treatment of Taylor over the captaincy, saying “there’s no good time to deliver news like that” but conceded “it’s been a very unfortunate week… and not the result anyone wanted”.

The handling of the issue has sparked fury in New Zealand cricketing circles, with batsman Jesse Ryder tweeting that it “angers me watching Ross Taylor getting dumped on”.

Retired allrounder Scott Styris also took to the micro-blogging site saying “any goodwill/public support from fans and supporters towards the Black Caps after their brilliant win in SL (Sri Lanka) has now gone!”

TVNZ reported on Thursday that batting great Martin Crowe resigned from his post as NZC talent scout in protest at the organisation’s actions.

Fairfax Media columnist Ben Stanley wrote after Friday’s announcement that the episode had been “an absolutely appallingly executed operation by a national sporting body and its board”.

Stanley added that the South Africa tour beginning later this month, which pits eighth-placed Test nation New Zealand against the top-ranked Proteas, was now “looming as a potential massacre”.

Two of the wins were against lowly Zimbabwe, with the highlights of his tenure a rare Test victory over Australia in Hobart in December last year and the series-levelling second Test victory over Sri Lanka in Colombo last month.

Over the same period, the Black Caps have lost one-day series to South Africa, the West Indies and Sri Lanka, with their sole series win against Zimbabwe.