West Indies batting legend Lawrence Rowe has launched legal action against the Jamaica Cricket Association (JCA) for its decision to withdraw his name from the Players Pavilion at Sabina Park. 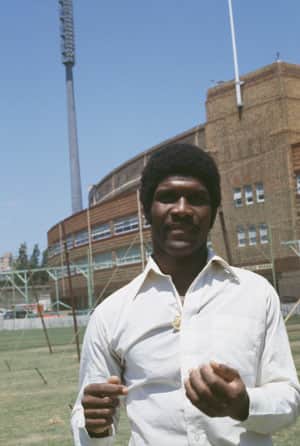 West Indies batting legend Lawrence Rowe has launched legal action against the Jamaica Cricket Association (JCA) for its decision to withdraw his name from the Players Pavilion at Sabina Park.

The Jamaica Observer newspaper reported Thursday that lawyers for the former star batsman had already served notice on the JCA.

“We received written notification from his lawyers Monday. It is now a legal matter and we will engage our lawyers,” JCA president Lyndel Wright was quoted as saying.

Last month, the JCA pulled Rowe’s name from the pavilion after he made several controversial comments in an interview.

The Observer said Rowe was seeking to have his name reinstated.

Rowe represented West Indies in 30 Tests between 1972 and 1980 with an average of 43.55, but was one of several “rebel” cricketers defying an international sanction to play in South Africa during the apartheid years.

As a result, he was banned from cricket, which effectively ended his international career.

The JCA’s announcement earlier this year that it would honour Rowe with a stand at the famous cricket venue sparked a heated public debate with many terming the move inappropriate.

The outcry prompted the JCA to ask Rowe for a public apology over the “rebel” incident.

Rowe obliged, but then defended his participation in the tours during a subsequent radio interview, arguing that they may have contributed to the dismantling of apartheid.

Explaining the decision to revoke Rowe’s honour last month, Wright said the JCA had been “embarrassed by [Rowe’s] statements in the interview” and noted that the former player had “showed no remorse”.