Royal Challengers Bangalore captain Virat Kohli expects an intensely-fought IPL 2016 final against Sunrisers Hyderabad at Bangalore since he and David Warner are fierce competitors on the field.

Bengaluru: Royal Challengers Bangalore captain Virat Kohli is expecting an intensely-fought IPL final against Sunrisers Hyderabad since he and rival skipper David Warner are fierce competitors on the field. “I think we think on similar lines. We try to do things ourselves first which we are expecting from our team-mates. There is similarity between me and Warner, in terms of approaching the game,” he told reporters here on the eve of the summit clash. Warner has led a team which has a mix of youngsters and seniors like Yuvaraj Singh and Ashish Nehra besides having the likes of Mustafizur Rahman, Kohli said. ALSO READ: RCB vs SRH , IPL 2016 Final: Predictions and Preview

He said it was a good thing to have a two-day gap before the final as the two practice sessions gave the team opportunity to chalk out a strategy for the big game. “We had a long run before the last game we played. So, in that regard two days off was a good thing. It was an opportunity to come together and draft plans for the finals. The opportunity came through two practise sessions. I felt it was good time to prepare to build a good momentum to storm into the finals,” Kohli said.

Asked to comment on playing a final before the home crowd, Kohli said it could play a massive role in making the opponents nervous and boosting the confidence of the home team.
“The support has been wonderful in Bangalore even if we have not done really well. The energy the people bring in the stadium it plays a massive role for the team. The support of home crowd can make other team nervous which we saw that happening, making AB De Villiers go for the victory against Gujarat Lions in Qualifier 1,” he said.

Asked to share his thoughts on whether the final would be a battle between RCB’s batting and Sunrisers Hyderabad bowling prowess, Kohli said no team can storm into the finals without having balance in batting and bowling departments. “They (SRH) are one of the most balanced teams before the tournament started. We are aware of it. They are into the final, and it cannot been done without their batting. Same with us too, we could not have been in the final without our bowlers blazing guns,” he argued.

Replying to a query, Kohli said tomorrow’s final will be very competitive as both the teams have come into the match hard way. Both sides had almost lost their play-off games, but for AB de Villiers and David Warner’s knocks. Replying to yet another query, Kohli said the youngsters, including Yuzuvendra Chahal should take tomorrow’s match as any other game and enjoy in the middle as they did in the last six games. 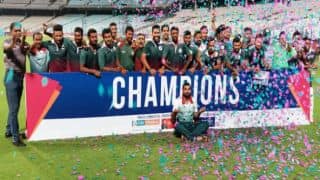 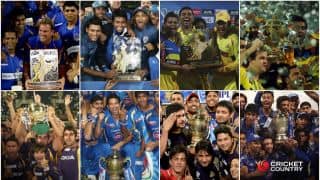