The IPL trading window is open till December 12 and five players have been traded so far.

Royal Challengers Bangalore (RCB) have acquired Iqbal Abdulla from Rajasthan Royals as a part of the first Indian Premier League (IPL) trading window, which was opened on October 6. The Window is open till December 12 and five players have been traded so far.

“In what is the fifth trade prior to the 2015 season of IPL, Royal Challengers Bangalore have acquired Iqbal Abdulla from Rajasthan Royals,” the BCCI said in a statement.

Earlier this month, Royal Challengers Bangalore had made another buy, acquiring Manvinder Bisla from Kolkata Knight Riders, while they traded Parthiv Patel to Mumbai Indians.

Mumbai Indians, meanwhile, had obtained Unmukt Chand from Rajasthan Royals and R Vinay Kumar from Kolkata Knight Riders. The IPL season eight is scheduled to be held from April 8 to May 24 next year. 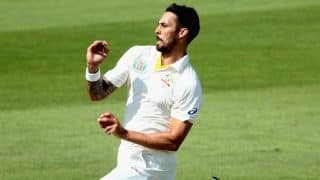