Head coach Vettori, bowling coach McDonald, and batting and fielding coach Woodhill are all on the verge of being sacked.

Royal Challengers Bangalore have sacked a sizeable portion of their support staff, including head coach Daniel Vettori, bowling coach (and former Australian Test cricketer) Andrew McDonald, and batting and fielding coach, the Australian Trent Woodhill, as per a report in Mumbai Mirror. This was an outcome of RCB’s dismal show over the past two seasons of IPL.

Ashish Nehra, who had joined the franchise last season as bowling mentor, has been retained, while Virat Kohli continues to remain at the helm till now.

Vettori is likely to be replaced by Gary Kirsten, who was with RCB as batting consultant in 2018, though Sanjay Bangar‘s name has also cropped up. However, that will result in Bangar having to resign from the post of batting coach of the Indian team.

On the other hand, Sanjeev Churiwala, CFO of Diageo India (which owns RCB) will replace Amrit Thomas as RCB chairman. Thomas will be moving to Europe to serve in a new role for Diageo. 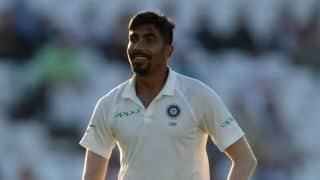