Catch all the live action between Royal Challengers Bangalore and Mumbai Indians at Bangalore in IPL 2016.

Royal Challengers Bangalore (RCB) will lock horns with Mumbai Indians (MI) in Match 41 of Indian Premier League (IPL) 2016 at Bengaluru’s M. Chinnaswamy Stadium. Despite boasting of T20 superstars, both teams have failed to consistently win matches. While MI are placed at No. 5, RCB are at No. 6 in the points table. If RCB manage to edge past MI, they will pull MI one spot down. However, it promises to be a cracker of a contest, as Bengaluru track has a reputation of producing high-scoring games. Get live cricket scorecard and ball-by-ball commentary of this cracker of a contest. Full Scorecard: Royal Challengers Bangalore vs Mumbai Indians, IPL 2016, Match 41 at Bangalore

The last time these two teams met, MI beat RCB by 6 wickets, thanks to Rohit Sharma’s 44-ball 62. However, it was Kieron Pollard who brought down the action and turned the game on its head with his 17-ball 50. RCB bowlers will be well aware of MI batting unit and will try to keep the onslaught at bay. Moreover, it was Jasprit Bumrah’s 3 for 31 that provided MI the much needed impetus.

RCB captain Virat Kohl has been in the form of his life. With 4 half-centuries and 2 centuries to his name, it will be an uphill task for MI bowlers to get the better of him. However, it’s their bowling that has let the captain down. Not only could they keep a lid on the runs but also failed to take wickets in regular intervals. It’s difficult to pick a team at this moment, but it promises to be an absolute run-fest. 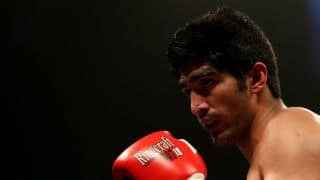 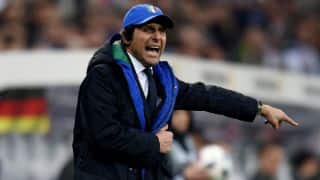