Colombo: Sri Lanka Cricket (SLC) is pleased to announce the appointment of Rumesh Ratnayake as the Head of Fast Bowling for SLC. The 53 year old pacie is known for his 9 wicket haul against India in 1985/86 which resulted in Sri Lanka s inaugural Test series victory against India a series in which Ratnayake s match bag was 20 wickets. Ratnayake whose career was cut short by injury has a innings best bowling figure of 6/66. Ratnayake will head the National Fast Bowling programme, spearheading its talent identification, skills development and training processes in cohesion with the National High Performance plan.

Sri Lanka Cricket have invested heavily over the past year in infrastructure and specialist resources for the national feeder programmes in order to identify groom and develop the next generation of talented young players from across the island. 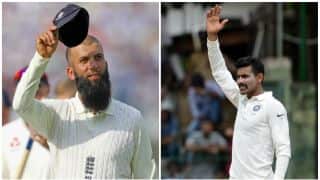