Bangladesh have confirmed South African Russell Domingo as their new head coach, handing him a two-year contract with his stint starting from August 21.

Bangladesh Cricket Board (BCB) announced their decision on Saturday saying they were impressed with Domingo’s coaching philosophy and he has the requisite experience to the lead the side post their below-par performance at the ICC Cricket World Cup 2019.

“He has a wealth of experience and we have been very impressed with his passion and coaching philosophy. He has a clear idea of what is required to take the team forward,” BCB President Nazmul Hassan said in a media release.

Domingo, 44, is looking forward to developing the future of Bangladesh cricket. “It is a massive honour to be appointed the Head Coach of the Bangladesh National Cricket Team. I have followed Bangladesh’s progress with keen interest and I am extremely excited to assist the team in reaching the goals that they are capable of,” Domingo said in a media release.

“I look forward to continuing the ongoing development of current players whilst also looking towards the future and developing some new bright stars from within the talent pool of Bangladesh cricket,” he added.

Domingo, who was a coach with the South African side from 2013-2017, remains the only Proteas coach who had witnessed his team winning a game in the knockout stages of the World Cup when the AB de Villiers-led side beat Sri Lanka to reach the semifinals in the 2015 ICC Cricket World Cup.

While Bangladesh were competitive and managed to beat South Africa and West Indies, in addition to Afghanistan, they could not win more than three matches in the recently concluded World Cup in England and Wales.

Following their disappointing campaign, BCB parted ways with the then coach Steve Rhodes with mutual consent. 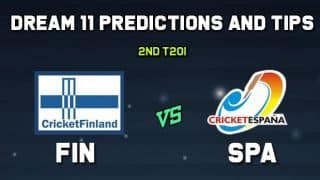