With this win in Centurion, the Faf du Plessis' men have taken a 1-0 lead in the four-match Test series against England.

Despite a fighting half-century by Rory Burns and skipper Joe Root’s gritty knock, England failed to take the match in the final day as South Africa won the first Test by 107 runs to take a 1-0 lead in the four-match series at the SuperSport Park, Centurion on Sunday.

Chasing a tough 376-run target on a spicy pitch, England looked very much in control after being placed at 204/4 at one stage. The tourists made a safe and steady start with a crucial 92 runs opening stand between Burns and Dominic Sibley. But that was the sole partnership which threatened the Proteas a bit before the visitors suffered another unpredictable collapse in the second innings.

England lost their last seven wickets for just 64 runs as South Africa secured a comprehensive victory. Premier fast bowler Kagiso Rabada and Anrich Nortje (3/56) were the pick of the bowlers for the hosts in the second innings. Rabada returned figures of 4/103, accounting for wickets of Jonny Bairstow (9), Jos Buttler (22), Sam Curran (9) and Stuart Broad (6).

But it was Nortje’s searing pace and precision that rattled the English batsmen in Centurion. The lanky pacer picked up the wickets of opener Burns, skipper Root and Archer. Nortje then dismissed a good-looking Burns before debutant Dwaine Pretorius got the better of Joe Denly (31). First-innings hero Vernon Philander went wicketless in the second innings.

Left-arm orthodox spinner Keshav Maharaj also added a couple to his tally in Tests with wickets of Sibley and dangerous Stokes.

England skipper Joe Root (48) and Stokes, however, kept the fight going and forged a 66-run stand for the fourth wicket to help their side cross the 200-run mark. Just when the duo looked comfortable in the middle, Maharaj produced a much-needed breakthrough as he dismissed Stokes, leaving the visitors at 204/4.

Soon after, Rabada rattled England’s lower middle-order in quick succession and went on to put the final nail in the coffin as he dismissed Stuart Broad (6) to set up a comfortable victory for his side.

Earlier, South Africa were put in to bat after England won the toss. The hosts managed 284 runs in their first essay before they wrapped up their opponents at 181 to take an important 103-run lead. They later rode on some valuable middle-order contributions to put up 272 on board in their second innings to hand a 376-run target to the visitors.

The two sides will now meet in the second Test, starting January 3 in Cape Town. 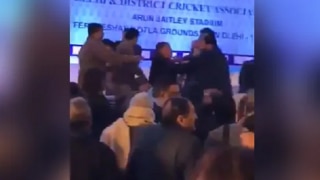 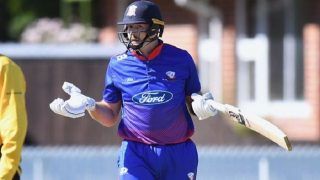