The ODI match which will be held prior to the ODI series, in Fatullah, will be Afghanistan's only chance to get accustomed to conditions before they play in a three-match series.

The Bangladesh Cricket Board (BCB), has picked seven members Bangladesh’s One-Day International (ODI) pool, to become part of the BCB XI squad, that will face Afghanistan in their only warm-up September 23. The ODI match which will be held prior to the ODI series, in Fatullah, will be Afghanistan‘s only chance to get accustomed to conditions before they play in a three-match series, which will be played much earlier than the usual home season in Bangladesh. Imrul Kayes, Anamul Haque, Mossadek Hossain, Sabbir Rahman, Subashis Roy, Mehedi Hasan and Alauddin Babu were selected from the 20-man pool that has been training together since September 18. Some of them, might even make it to the ODI squad for the first two games against Afghanistan.

The selectors will be submitting the squad to the BCB President on September 21, that is Wednesday and the squad announcement will probably be made the next day. Among the other six players picked for the warm-up game, Liton Das and Kamrul Islam Rabbi will want to make most of the chance. Liton a regular in 2015 ODI side, could not even score a fifty. Rabbi too, was picked in 2015, but could not get an international debut, and make his presence felt. Although, both of them don’t feature in the ODI pool. READ: Bangladesh name 3 uncapped players for ODIs vs Afghanistan and England

Meanwhile, spinner Arafat Sunny was also dropped from the ODI team. Sunny had gone to Australia for his bowling action assessment and injury had earlier ruled seamer Mustafizur Rahman out of the two series’ against Afghanistan and England. Another suspended bowler, Taskin Ahmed was, however, given the nod. He was also in Brisbane for the ICC test along with Sunny. 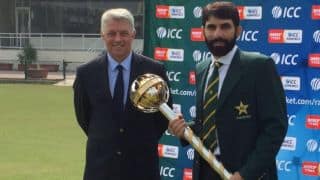 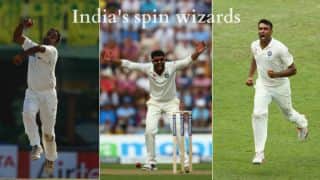