IOA secretary said they had always planned to rope in 3-4 goodwill ambassadors and Salman Khan was first of them.

Sachin Tendulkar has been sent a letter by Indian Olympic Association (IOA) for a similar role of its ‘goodwill ambassador’ that it has also given to Salman Khan. They have approached AR Rahman as well. There was a lot of hue and cry among the people after Salman was appointed the goodwill ambassador. The rationale of the people was that it would had been ideal if a sportsperson was given the role. IOA secretary Rajeev Mehta said, “The IOA has written to Tendulkar and Rahman and, so far, there’s been a favourable response. We are confident of getting them on board. We will soon make an announcement in this regard. Khan is not going to be the only goodwill ambassador.” Live Cricket Scorecard: Sunrisers Hyderabad vs Rising Pune Supergiants, IPL 2016, Match 22 at Hyderabad

DNA quoted Mehta saying, “In fact, we had always planned to rope in some 3-4 goodwill ambassadors and Khan was first of them. The ambassadors were always going to be from the sports background with impeccable record and from Indian film industry. Wait for some time and you will see sports personalities as well. No question of IOA going back on his appointment. Salman will hundred per cent remain associated with India’s Olympic campaign. You have to understand that he will help us in arranging for funds. Salman is not charging a single penny from the association.” READ: Sachin Tendulkar wished by Amitabh Bachchan, other celebrities on 43rd birthday

Earlier, IOA had rushed in to justify its decision to appoint Salman as the goodwill ambassador of the national contingent for the Rio Olympics after several current and former sports icons criticised the move. The IOA had announced its decision at its headquarters on Saturday in the presence of the actor and several Indian sportspersons, including five-time World Champion boxer M.C. Mary Kom and Indian men’s hockey team captain Sardar Singh.

The move was questioned by several members of the Indian sports fraternity with 2012 London Olympics bronze medalist Yogeshwar Dutt making his displeasure public with a series of tweets barely an hour after the decision was announced. Mehta had said in a statement then, “We are very happy and thankful on Salman’s offer to support Olympic Sports in this country. This association is only a gesture and does not include any monetary consideration,” 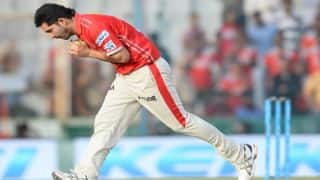 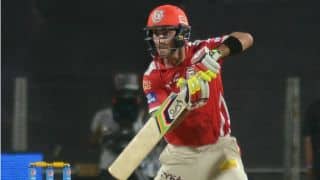