Sachin Tendulkar's aura is being felt way beyond the cricket field with former England footballer Michael Owen congratulating the just-retired Indian icon for his "incredible career". 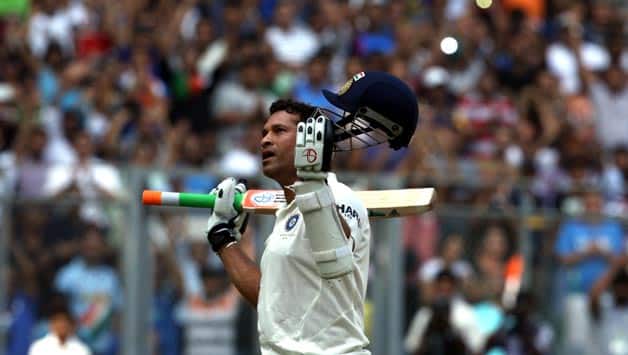 Sachin Tendulkar‘s aura is being felt way beyond the cricket field with former England footballer Michael Owen congratulating the just-retired Indian icon for his “incredible career”.

Tributes have been pouring in for Tendulkar after he bid a tearful farewell to the game on Saturday following his 200th Test.

After tennis ace Roger Federer, Owen, a celebrated former striker, tweeted to pay his tribute to the maestro.

“Congratulations to Sachin Tendulkar @sachin_rt on his retirement after an absolutely incredible career.#littlemaster,” Owen wrote.

Owen is fourth in the list of the all-time top-scorers for the England football team with 40 goals in 89 games.

He was not alone in praising Tendulkar on the site with South African wicketkeeper-batsman AB de Villiers also congratulating the iconic Indian.

“Now that things have settled down a bit, I’d just like to take this opportunity to congratulate @sachin_rt on an amazing career!” he tweeted.

“@sachin_rt has always been a great example for everyone on how to carry yourself on and off the Cricket field.”

“Sachiiinnn Sachiiinnn still ringing my ears. Started playing cricket looking at you paji. Have a great life ahead. You will always inspire me.”