Sachin Tendulkar, batting legend said on Sunday during the match between Mumbai Indians (MI) and Sunrisers Hyderabad (SRH) of Indian Premier League (IPL) 2016 that cricket bats have changed with time especially in the last 2-3 years. This has helped the batsmen to clear the boundaries easily. He added that he feels sorry for the bowlers as nothing much is for them with the ball. Tendulkar’s statement should be taken in the right spirit as it is a known fact that cricket is getting more and more a batsman’s game and bowlers have very little to offer. With bats getting better and the boundaries getting smaller, bowlers are finding it hard to either pick up wickets or get the batter out. Live Cricket Scorecard: Mumbai Indians vs Sunrisers Hyderabad, IPL 2016 Match 37 at Visakhapatnam

Earlier, Tendulkar had accepted the invitation by Indian Olympic Association (IOA) to be the country’s goodwill ambassador for the same. Tendulkar will be the third goodwill ambassador after Bollywood star Salman Khan and ace shooter Abhinav Bindra. IOA has confirmed on Tuesday of Tendulkar accepting the invitation. The association had sent across the invitation on April 29 and were awaiting his response for the same. The association are very happy to have a legendary cricketer on board this time. READ: Sachin Tendulkar meets BMC officials over problems faced by slum dwellers

While speaking to PTI, IOA  Secretary General Rajiv Mehta had said, “Sachin Tendulkar has accepted our request to become goodwill ambassador of Indian contingent at the Olympics. We have received the official communication from him accepting our request.  We are very happy to have an iconic sportsperson like Mr Tendulkar on board as goodwill ambassador.

Tendulkar: Cricket bats have changed in last 2-3 years. Easy to clear the boundaries. I feel sorry for bowlers, nothing is done for the ball

“We are thankful to him. We hope his association and the association of other goodwill ambassadors will take Indian sport forward,” Mehta had said. 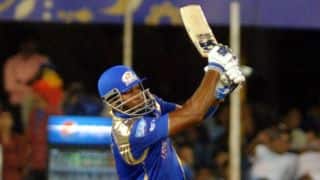