Tendulkar and Sports Minister Sarbananda Sonowal took turns to give away the awards.

Even as a controversy raged in the Rajya Sabha over his low attendance, Indian batting legend Sachin Tendulkar attended a function at Vigyan Bhawan here to give away awards to the medal winners of the recent Commonwealth Games in Glasgow. Tendulkar and Sports Minister Sarbananda Sonowal took turns to give away the awards at a felicitation function, organised by the Sports Authority of India.

A large contingent of media personnel, who had gathered at the venue were surprised to see Tendulkar on the dais as invitation letter had not mentioned anything about his presence. The batting legend, dressed in a black-and-white check shirt and black trousers was seen exchanging greetings as he handed over the awards to the medal winners, which included stars such as boxer Vijender Singh, shooters Gagan Narang and Jitu Rai and shuttlers P Kashyap and P V Sindhu.

India had finished in the fifth position with a total haul of 64 medals, including 15 gold, at the Glasgow Games. Tendulkar and yesteryears Bollywood star Rekha earlier the day came under attack in the Upper House for attending the House for only three and seven days, respectively, since their nomination two years back. P Rajeeve of CPI-M raised the issue of long-duration absence of celebrities as he wanted to know whether they have sought permission for it.

Responding to this, Deputy Chairman P J Kurien said Rajeev and some other members had raised the issue earlier but there was no violation of the rules.

“As per Article 104 of the Constitution, if a member is absent from either House of Parliament for a period of 60 days then the seat is considered vacant. In case of Sachin Tendulkar, he has not attended the Parliament for 40 days whereas Rekha’s absence is less than this,” he observed.

Kurien said Tendulkar was nominated to the Upper House in April 2012 and has attended the session for three days. “Last time he had come to the House on December 13, 2013,” he said.

About Rekha, he said she had joined in April 2012 and has attended the session for seven days. “Last time she attended the House on February 19, 2014.” 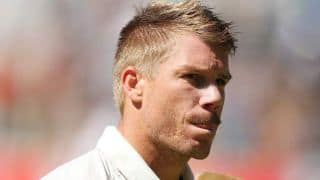