Khan hosted Tendulkar among other celebs to a special screening of his latest film, PK.

Sachin Tendulkar has said that PK, is the best film he’s seen and also rated it as the best performance by actor, Aamir Khan. Khan hosted Tendulkar among other celebs to a special screening of his latest film, PK. In praise of the film, Tendulkar said “The film is superb. I have promised Aamir so I won’t disclose much about the story. But I would like to say that all of you please go and watch this film as it is completely different. For me it’s the best film and best performance of Aamir that I have ever seen.”

Tendulkar added, “His role in the film is completely different. It is completely out-of-the box film with a very strong message. It is a must watch film. Without any doubt it is his best performance.”

PK, features Aamir Khan as a Bhojpuri-speaking astronaut, reported Times of India. The film was directed by Rajkumar Hirani and co-produced by Hirani and Vidhu Vinod Chopra.

The cricketing legend, didn’t forget to laud Anushka Sharma’s performance either. “Aamir and Anushka’s pair was amazing. It’s a must watch”. Releasing on Friday, the film features other stars such as Sanjay Dutt, Sushant Singh Rajput and Anushka Sharma. Cheteshwar Pujara’s dismissal: How can cricket eliminate the howler? 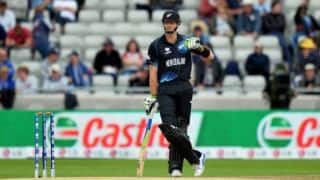