Calling Mumbai a "champion" side, Sachin Tendulkar today attributed their 40th Ranji Trophy triumph to "team work", and lavished praise on skipper Ajit Agarkar for leading them from the front. 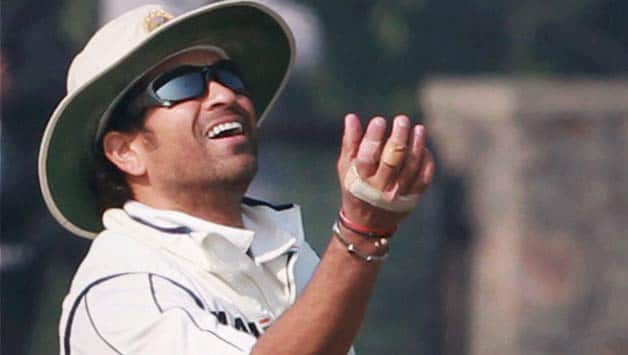 Calling Mumbai a “champion” side, Sachin Tendulkar today attributed their 40th Ranji Trophy triumph to “team work”, and lavished praise on skipper Ajit Agarkar for leading them from the front.

“We won for the 40th time. Mumbai has again showed that it is a champion side. We have a good team, nice blend of youngsters and senior players,” Tendulkar said after their innings and 125-run win.

“It is a wonderful moment for Mumbai cricket, not just for the players but also for the administrative side. It’s been a team work and I take this opportunity to congratulate every one and hope it continues,” said Tendulkar, who has been part of five Ranji triumphs out of six appearances.

The 39-year-old veteran, who has retired from One-Day Internationals, praised his Mumbai teammates for sticking together when the going was tough.

“There were moments when the going was tough, but that is when the team stuck together and performed brilliantly. I feel very happy, especially for Ajit Agarkar, who had a rough season last year. It was really difficult for him,” he said, referring to the wiry pacer’s omission from the playing eleven before a match the previous season, which made him return home in a huff.

“But this season he led from the front and led beautifully. He performed when it mattered. The team supported him right through along with the support staff,” he added.

The only final when Tendulkar was a member of the team and Mumbai lost was in his maiden season way back in 1990-91, when they lost to Haryana by two runs in a memorable contest.