Tendulkar was part of the Indian team that played the first Test in South Africa right after their readmission to cricket.

As India get ready to face South Africa at their den, maestro Sachin Tendulkar shared his experience of playing in South Africa. Known for generating movement, the South Africa pitches are dreaded by batsmen across the globe. Tendulkar was part of the Indian team that played the first Test in South Africa right after their readmission to cricket. Tendulkar mentioned that they were equally competitive then. He also praised the likes of Jonty Rhodes and Jacques Kalis.

“When we went to South Africa for the first time, it didn’t take us long to realise what was coming our way. From the first game itself we realised the level of cricket they were playing. For instance, the warm-up game that we played against the Board’s President’s XI back then was a huge eye-opener for us. Even their second and third teams showed such immense potential. At each level, they were busy raising the bar. They’ve always been a competitive side in multiple ways,” Tendulkar told Times of India.

“The thing with South Africa is that they’ve always enjoyed an amazing balance. The allrounders provide an air of authority. And by allrounders, I just don’t mean guys who could bat and bowl. To me, Jonty Rhodes is the most amazing guy I’ve ever seen on a cricket field when it came to fielding. I’ve seen many good fielders over the years. Ponting, Gibbs, they were all exceptional. But Jonty was something different. Likewise, when I speak of allrounders, look at the transition that happened from Brian McMillan to Jacques Kallis,” he added. 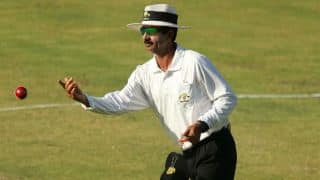