"Mumbai cricket has always led Indian cricket and the numbers are biggest proof. I feel happy to be part of this league" - Sachin Tendulkar.

Cricket icon Sachin Tendulkar today said the upcoming T20 Mumbai League was much needed as it would serve as a good platform for youngsters of the state to showcase their talent .

“I firmly believe that something like this (T20 League) was needed for Mumbai cricket. Mumbai cricket has always led Indian cricket and the numbers are biggest proof. I feel happy to be part of this league, Tendulkar, who is the League Ambassador said at an event here.

“Mumbai have won Ranji Trophy for 41 years, you’ve got terrific history. I still remember as a kid at Shivaji Park Kamath Memorial club Paddy sir (Padmakar Shivalkar) would come and bowl to me. He was possibly thrice my age at that time but he would bowl to me. Such things happen in Mumbai. It would be nice if youngsters are playing alongside some big names in Mumbai cricket. They will get to learn and that is something that I am looking forward to,” added Tendulkar.

The legendary batsman also said if one flourishes at leagues like this, then it can take them to greater heights. “When we talk about league cricket, my cricket started at Shivaji Park and then slowly graduated to good gymkhanas on the Marine Drive, and then you go bit further, there are big stadiums also, so it gradually progressed,” opined Tendulkar.

So for any youngster in Mumbai, you need not be playing (with) the season ball. As a kid I started playing cricket with tennis ball and we found our own ways of playing in the limited time, but from there every aspiring kid needs to have a platform to express his talent. This league is going to provide that opportunity, the legendary batsman added.

The T20 Mumbai League will be conducted by Probability Sports Private Limited, a consortium of Probability Sports and Wizcraft, with the sanction and approval of the Mumbai Cricket Association from March 11 to 21 at the iconic Wankhede stadium.

Tendulkar also recalled the fact that there were many cricketers from Mumbai who could not make it to the national level as there were no spot available. “I remember there are so many names in Mumbai cricket who should have played for India but at that given moment, there wasn’t a spot available for them. But they were really really good and would have gone on to play for India. Similarly, so many club cricketers would have gone on to play Ranji but they couldn’t do that. I think today by playing these leagues, even if you don’t go and play Ranji Trophy, you can still look after your family. And that is the most important thing for any individual. If you can look after your family, make them feel financially secure and be the backbone of family, it is the greatest feeling anyone can get,” said the former player.

Tendulkar also admitted that when the Indian Premier League (IPL) started, nobody thought that it would become so big.

It will be fantastic for youngsters specially because I can speak from my example with IPL. When IPL started nobody thought where it is today it will get there. But it is not just one-way traffic,” Tendulkar concluded. 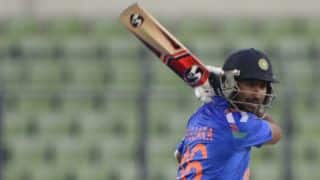 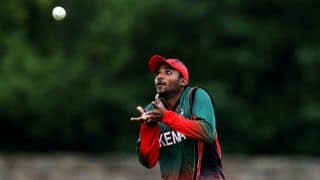