Sachin Tendulkar: I took expectations positively because I was capable of delivering them

Sachin Tendulkar: I took expectations positively because I was capable of delivering them

Seldom has a sportsman stepped on the greens with as much expectation as Sachin Tendulkar.

Sachin: A Billion Dreams. The James Erskine-directed docudrama based on the life of Sachin Tendulkar could not have been titled better. Seldom has a sportsman stepped on the greens with as much expectation as the little man from Mumbai. For 24 years, Tendulkar played the sport at the top level, being one of the finest batters there ever was. The movie that released on Friday was well received by most and attended by several luminaries across the country. Even the Indian cricket team that left for England on Wednesday for participating in the ICC Champions Trophy 2017 ensured they watched the movie before boarding the flight.

Have you ever wondered how it is like to carry the burden of immense expectation at the professional level? It surely is a task that Tendulkar has carried with distinction, but the Little Master belongs to a rare breed of human beings who thrive under pressure rather than being bogged down. In an interview with Bombay Times, the cricket icon revealed, “In a way, it was good that people expected something from me. It would have been terrible if I was walking out to bat, and nobody expected anything from me. I would not want to be there then. I took it positively and always told myself that people were expecting something from me because I was capable of delivering it.” ALSO READ: Sachin: A Billion Dreams opens with mixed reviews; fans throng theatres across India

Enlightening us more about his mantra, Tendulkar added, “When you are preparing yourself for a big game, it’s about positive reinforcement and how you convert those messages that you get from different parts of the world. Yes, there are expectations, but eventually, it is about what you tell yourself, how you make yourself believe in your strengths and then, go out there and give it your best.”

On keeping a low profile

At his peak, he was the nation’s favourite poster boy but Tendulkar has also been an epitome of discipline and values. He maintained a low profile, which is rare in today’s fast-paced era of machismo. Was that a conscious effort or a personality trait? Tendulkar credited family values and principles.

“It’s our lifestyle. I come from a middle-class family with very strong values and principles. It was more about staying focussed on the game. The mantra at home was to stay focused on the game and let cricket always be in the foreground. Other things will happen in the background. The moment that reverses, your performance takes a dip,” Tendulkar added. READ MORE: The day Sachin Tendulkar walked off the field as a mortal

“I learnt that from my brother (Ajit Tendulkar). At home, everyone would stay balanced, whether I performed brilliantly or not. Parents always feel happy when their child does something good. My parents have always stood by me. In fact, when I did not do well, they were even more supportive and encouraging. That’s when you realise where your real strength lies, and my real strength has always been my family. And it’s people’s support that kept me going. I was walking out alone to bat, but I was representing so many people who contributed towards making me play better. So, it was not just me. As I always say, the records, the hundreds on field, belong to the entire nation,” said Tendulkar before mentioning the sacrifice of his wife Anjali, whose medical career took a backseat in order to support her husband.

Starting playing for India at 16, and playing till 40, does the master miss playing the game? The content Tendulkar says, After 24 years of playing the sport and after the kind of retirement I have had, I am content and thankful for everything that has happened in my life. Today, maybe I would play an odd exhibition game here and there, if at all.”

However, he fondly recalled the experience of visiting Shivaji Park for the film shoot, a ground where he started his cricketing journey under the wings of Ramakant Achrekar.

“What an experience it was! We shot at the same spot where I had started my career. When I went there, I just stood there for a few minutes and recounted the moment when I had played the first ball of my career. It was a beautiful feeling. My cricket journey started there and after all these years, I went back to the same ground. It was like life coming full circle,” Tendulkar added.

Over three-and-half years into his retirement, Tendulkar is actively involved with sports. He co-owns a football team in the Indian Super League (ISL), he is the chief mentor of the successful Mumbai Indians (MI) side and continues to serve Indian cricket as a member of the advisory committee alongside his celebrated former teammates Sourav Ganguly and VVS Laxman. 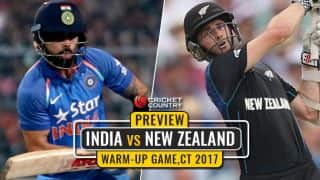