Tendulkar said given the high rate of accidents involving two-wheeler drivers, it is important that safety equipment for them is of highest quality.

In a letter to transport minister Nitin Gadkari, Tendulkar said given the high rate of accidents involving two-wheeler drivers, it is important that safety equipment for them is of highest quality.

“I am writing to you to request your ministry to consider action against helmet manufacturers using low grade material and selling it with a fake ISI mark. As sportspersons, we understand the importance of using original high-quality safety equipment when we go to play on the field,” Tendulkar stated in his letter.

“The same original high-quality standards need to be maintained when it comes to helmets that will be used by two-wheeler riders in India,” he added.

An active campaigner of road safety, Tendulkar has been routinely seen urging people to use helmets, during traffic signal halts, in social media posts.

Citing media reports, Tendulkar said that over 70 per cent of bike riders in India end up buying fake helmets.

“This is an absolutely alarming situation considering two-wheelers accounted for over 30 per cent of road accidents, the highest among all kind of accidents in 2016. The availability of fake helmets is a danger to two-wheeler riders considering that wearing an appropriate helmet improves chances of survival of bikers by 42 per cent,” Tendulkar said.

Reportedly, the government is contemplating penalising non-ISI or fake ISI marked helmet manufacturers but nothing concrete has been done till now.

“I understand that the ministry has been actively working on public safety measures. I would strongly urge your ministry to take strong action against manufacturers of helmets that are putting lives of people at risk by using fake ISI marks on low grade, low quality helmets that will not protect head injuries in an accident,” the legendary batsman said.

Tendulkar also called for lowering prices of good quality helmets so that riders do not seek cheaper options. The 44-year-old said large-scale awareness drives should be launched to educate people about the importance of using quality safety gear.

“I look forward to your prompt action and extend my full support to your office to promote safe two-wheeler riding among our citizens,” he said. 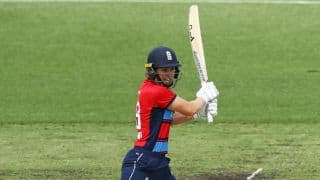