Sachin Tendulkar is a role model for the whole world: Gautam Gambhir

Sachin Tendulkar is a role model for the whole world: Gautam Gambhir 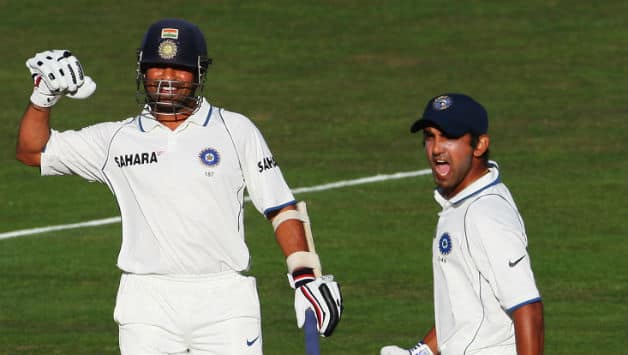 He has had many special memories of Sachin Tendulkar and understandably for Gautam Gambhir the batting legend will always remain a “true role model” whose humility makes him a special person.

Gambhir, who shared the hallowed Indian dressing room with Tendulkar for a very long time, is in awe of the iconic batsman’s contribution to the gentleman’s game.

“Sachin is not only my true role model but he is a role model for the entire world. His humility speaks volumes about his character. His humility makes him the kind of person he is,” Gambhir told reporters at a promotional event here today.

Presently out of the Indian team, Gambhir was not a part of Tendulkar’s farewell celebrations in the second Test against the West Indies in Mumbai last week, but the left-handed opener said he had plenty of memories of Tendulkar to cherish.

“My best memory of Tendulkar was when we won the 2011 World Cup. Knowing that it was Tendulkar’s last World Cup we were determined to win the trophy for him and we managed to do that, so it became more special,” he said.

“I also remember mine and Tendulkar’s big partnership in a Test at Napier during the 2009 New Zealand tour. We batted for long to save the Test for India.

Ranji Trophy 2013-14: Delhi take on Haryana in Group A match

Gautam Gambhir: Will retire when I feel I cannot play international cricket