Sachin Tendulkar might have taken the Ranji route to prepare for his swansong Test series but he has no qualms in conceding that a good performance in the country's premier cricket tournament is no guarantee for a berth in the Indian national side. 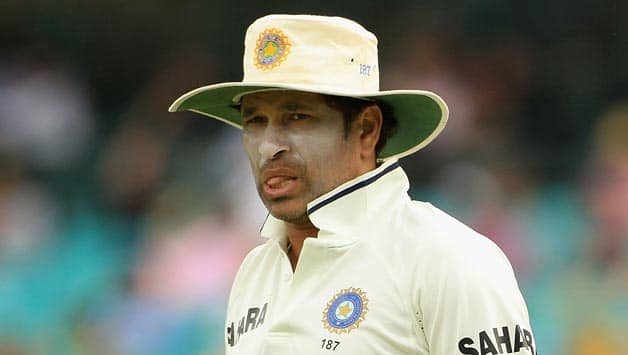 Sachin Tendulkar might have taken the Ranji route to prepare for his swansong Test series but he has no qualms in conceding that a good performance in the country’s premier cricket tournament is no guarantee for a berth in the Indian national side.

The 40-year-old, who would call time on his international career after his 200th Test next month, is in Lahili to play against Haryana in the Ranji season-opener to prepare for the matches against the West Indies.

He spoke to the Board of Control for Cricket in India‘s (BCCI) official website on the importance of Ranji Trophy.

“A good performance in Ranji Trophy definitely helps you to be recognised by the selectors but it is not a sure-shot certainty that it is going to get you a berth in the Indian cricket team because you also have to see the composition of the national squad, whether one fits into the selectors’ ideas and the captain’s ideas,” Tendulkar said.

Tendulkar, whose average of 87.43 is the highest for any batsman who has played 50 innings in Ranji Trophy, however, felt that Ranji features excellent players and there should be constant efforts to improve the standard of the event.

“The competition is fierce and that is how it should be, you have got to have good tracks to play on and good oppositions, that’s what raises the standard of playing,” Tendulkar said.

“If somebody performs against a good opposition, that performance has to be recognised and I am sure the selectors are trying their best to witness most of the matches. To have the top players playing in this tournament is a bonus,” he added.

Tendulkar made his Ranji debut against Gujarat in December 1988 at the age of 15 and scored an unbeaten 100, becoming the youngest Indian to score a century on first-class debut.

Recalling his early days in the event, Tendulkar said he found it exciting to share the dressing room with Test players.

“I think Ranji Trophy is an extremely important tournament…I remember at one time in the Mumbai squad that I was a part of, there were seven to eight Test players and to get to rub your shoulders with the likes of [Dilip] Vengasarkar, [Sanjay] Manjrekar and Lalchand Rajput, all these top players, it was a great opportunity for me to learn so many things at such an early age,” he said.

“I thoroughly enjoyed my season, I was only 15 then and it was great fun to be a part of it,” he added.

Asked to talk about his favourite Ranji moment, Tendulkar said the 2000 semifinal against Tamil Nadu, in which he scored a double hundred, was a special one for him.

“My favourite Ranji moment has to be the semifinal we played a few years ago in Tamil Nadu. We chased 484 runs. The funny thing was we had just two wickets in hand and we had to score 42 runs and I ended up scoring those 42 runs. The number 10 and 11 had both scored zeroes but I didn’t realise because the competition was so fierce and intense.”

“I was trying to keep the strike as long as possible and when it got to that moment, my reaction said it all. So that has to be the best Ranji Trophy I have played,” he said.