India seamer Irfan Pathan said he will miss Sachin Tendulkar's valuable tips at mid-on or mid-off while taking his run up after the veteran bids goodbye following his last Test against the West Indies next month. 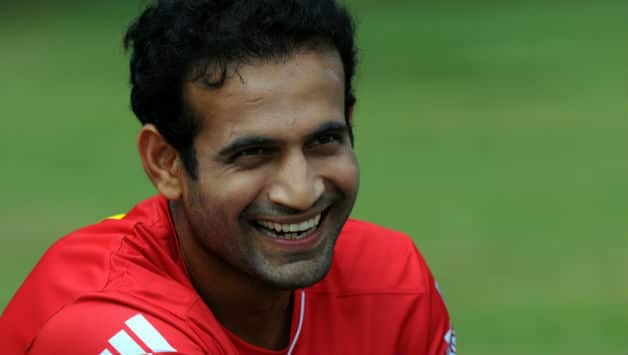 India seamer Irfan Pathan said he will miss Sachin Tendulkar‘s valuable tips at mid-on or mid-off while taking his run up after the veteran bids goodbye following his last Test against the West Indies next month.

“At the start of my career, he has helped me a lot. Whenever I used to bowl, he used to tell me what length to bowl for a reverse swing,” said Pathan.

“I have learnt a lot from him. Not just bowling, I have learnt a lot about batting too. I have seen him closely for nine years in the dressing room and [observed] how he carries himself and how he behaves off the field. He is an ideal role model for all the cricketers.

“I will miss all these. But definitely on the field, I would miss the big cricketer at mid-on, mid-off,” he added.

He hoped the crowd give Tendulkar the best-ever farewell.

“No one even came close to it [200 Test matches]. It will be a huge event. I really hope that the crowd give him the best send off any player would have got, as he deserves that.

I hope it becomes the biggest event when he plays his 200th game,” Pathan told reporters at the sidelines of the Reliance 2013 India Junior and Cadet Open event.

Asked how he reacted to the news of Tendulkar’s retirement, the 28-year-old said, “When you hear it for the first time, when he announced his retirement, a player like Sachin Tendulkar, who has given so much not only to Indian cricketers but the people around the world, you do feel sad. I felt sad when I heard it.

“But somewhere you realise a day would come, and thinking of that was frightening. Now that the day is going to come soon, it is a disappointing news,” he said.

“His memories will always bring us cheer. It is sad for cricket loving people but when he is quitting, he is spreading happiness,” Pathan added.

The Baroda all-rounder was ruled out of the recent NKP Salve Challenger Trophy due to a rib injury and Pathan said he was planning to hire a personal physio to prevent injuries.

“I am planning to hire a physio who can look after me.

This year I had two injuries. That injuries have come at a time when I was going to the next level of my career. I will make sure that I will be fit within a month and I will start getting back to playing Ranji trophy.

“I should be fit in 3-4 weeks. I will start bowling after two or two-and-a-half weeks. The second or third Ranji match [for Baroda], I should be playing,” said Pathan.

“I will make sure that I play a lot of matches and get fit and try to make a comeback. That’s why I am thinking of getting a physio who can personally look after me throughout the year. I don’t want unnecessary injuries. That will be a good investment for me as he will know my body and can actually be there on a regular call,” he explained.

“I really think there is a big difference when you play international cricket or IPL and when you play domestic Ranji trophy cricket. It is tiring because you play every third or fourth day and its a four-day game. So you need a lot of attention, especially the fast bowlers,” he said.

On the ongoing India-Australia limited-over series, he said, “Obviously the first match India lost. But the Indian team is on a high, obviously the way they played in the T20 game, they have the firepower. I really hope they come out of that [loss] and the team does well. I am pretty sure they are going to win the series.”

India lost the first game of the seven-match ODI series at Pune by 72 runs on Sunday.

'Sachin Tendulkar will never tell us why he really retired, but kuch toh hua hai’