Jammu and Kashmir Chief Minister Omar Abdullah said on Tuesday, he shared a special bond with batting maestro Sachin Tendulkar, who will retire on November 18, as their children were born on the same day in a Mumbai hospital. 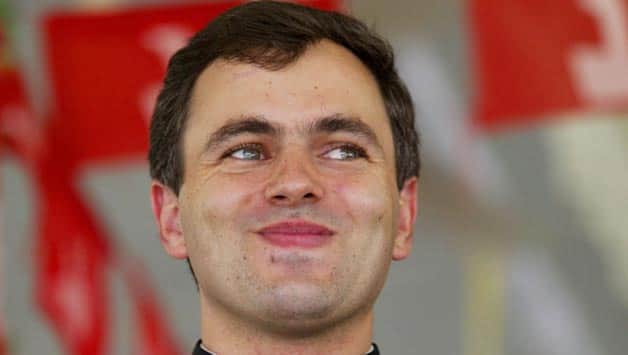 Omar Abdullah’s (above) eldest son and Sachin Tendulkar’s daughter were born on the same day, in the same hospital in Mumbai © Getty Images

Jammu and Kashmir Chief Minister Omar Abdullah said on Tuesday, he shared a special bond with batting maestro Sachin Tendulkar, who will retire on November 18, as their children were born on the same day in a Mumbai hospital.

“You can not replace Sachin Tendulkar — We will win matches — but [Sachin] Tendulkar-like personality cannot be replaced in cricket,” Omar told reporters in Jammu.

Recollecting the special association with the cricket legend, Omar said, “There are two moments that I will remember for life. Tendulkar’s daughter and my eldest son were born on the same day, in the same hospital in Mumbai. Our hospital rooms were next to each other. That time no one knew me; I had not entered politics. But everyone knew Sachin Tendulkar.”

Omar further said, “When we went for birth registration, he was standing in front of me. While leaving, I just congratulated him, and he thanked me and left. I am sure he might not remember this, but I remember it very well.”

The chief minister said “I had met him once then I was MoS External Affairs — and he had come to South Africa to play a match — our High Commissioner had hosted a dinner for him.

“I was also invited — I got some time to spend with him — I will not forget that day because one hardly gets a chance to sit near him and talk to him like this.”

On Sachin’s last test match and his retirement on November 18, Omar said “It is impossible to imagine that such an important factor, who has made cricket popular as it is on the world map, will be playing his last test match in few days from now.

“I doubt whether India or the world will ever produce another Tendulkar — but I do hope that Sachin will use his immense talent to try and develop more cricketing talents in India.”

Omar said “He has an important role in the Rajya Sabha as MP. I hope he will use his wealth of cricketing experience to benefit the game of cricket and I wish him all the very best for future.”

On questions about felicitating Tendulkar in Jammu and Kashmir, the chief minister said, “We have not thought over the issue — We will send him invite through you — he shall visit JK — we will like to felicitate him — if he wishes we will make him perform darshan at cave shrine of Mata Vaishnodevi.”

Tendulkar, who is retiring this month, is the country’s wealthiest cricket player with a personal fortune of USD 160 million, according to a Wealth-X estimate, a global wealth intelligence and prospecting company.