Leading news magazine Time eulogised Sachin Tendulkar as one in front of whom time appeared to have stood frozen. The champion batsman announced his retirement from One-day international (ODI) cricket Sunday. 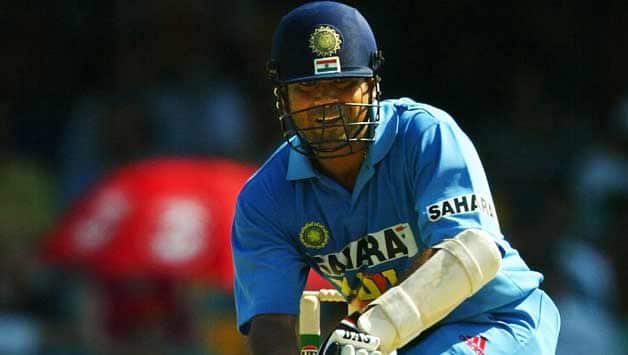 Leading news magazine Time eulogised Sachin Tendulkar as one in front of whom time appeared to have stood frozen. The champion batsman announced his retirement from One-day international (ODI) cricket Sunday.

In its tribute to the Indian batting great, the news magazine said: “It seems while Time was having his toll on every individual on the face of this planet, he excused one man. Time stands frozen in front of Sachin Tendulkar. We have had champions, we have had legends, but we have never had another Sachin Tendulkar and we never will.”

“When Sachin Tendulkar travelled to Pakistan to face one of the finest bowling attacks ever assembled in cricket, Michael Schumacher was yet to race an F1 car, Lance Armstrong had never been to the Tour de France, Diego Maradona was still the captain of a world champion Argentina team, (and) Pete Sampras had never won a Grand Slam,” Time was quoted as saying on its website.

“When Tendulkar embarked on a glorious career taming Imran and company, Roger Federer was a name unheard of; Lionel Messi was in his nappies, Usain Bolt was an unknown kid in the Jamaican backwaters. The Berlin Wall was still intact, USSR was one big, big country, Dr Manmohan Singh was yet to ‘open’ the Nehruvian economy.”

Tendulkar who has scored 18,426 runs in 463 ODI matches would continue to play the Test format. He scored 49 centuries and 96 fifties in the shorter format — and was the first batsman to score a double-century in an ODI.

The master blaster figured on the cover of Time magazine in May this year for the editions in the Indian subcontinent, Singapore and Australia and New Zealand after he completed a century of tons in international cricket.

Indian team arrives at Bangalore ahead of first T20 against Pakistan