Sachin Tendulkar‘s and Roger Federer’s friendship is no new thing for the world of sports. Roger follows cricket. Also, something which I learnt is that when Roger is playing video games, he prefers [to use] Sachin and when I am playing any racquet game, I prefer to be Roger, Tendulkar had said when Federer had won his 8th title.

Recently, both legends got involved in a Twitter conversation when Federer qualified for the quarter-final against Kevin Anderson. Federer played a forward defensive during his last game which went viral on the internet. Commenting on that, Tendulkar asked Federer to exchange notes on their respective games. Tendulkar also predicted that Federer will win his ninth Wimbledon title.

Earlier, there was a friendly banter between the Wimbledon and ICC Twitter handles, where ICC were happy to concede the No. 1 Test batting ranking to Federer. 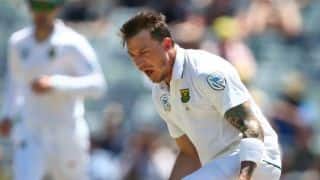