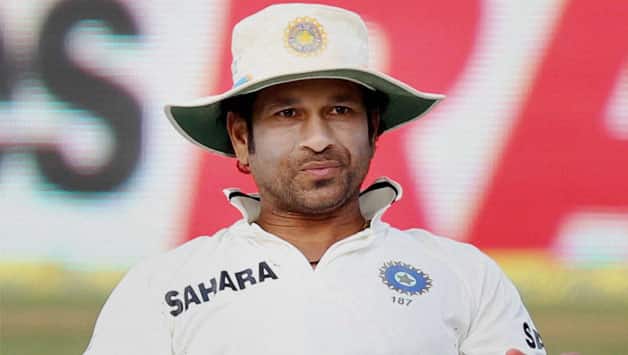 “We have got Sachin back, which is great. Someone like him showing keenness to play, it obviously helps. That experience in the dressing room will always help,” Agarkar told reporters here.

Asked if Tendulkar will play at number five, the position where he played his last Ranji match against Railways and scored 137, Agarkar replied in the negative and said he would bat a bit higher up the order.

“He was sick that day, that is why he batted at five that day. Sachin will bat at four,” he said.

Baroda captain Yusuf Pathan said, his side will learn a lot from the experienced batsman during the five-day match.

“We all know about his contribution for the country in the last twenty years and for domestic cricket. Nobody can stop him (from scoring). For us, it is an opportunity. I have played with him in one-day matches and against him in IPL.

“This is the first time I will play against him in Ranji Trophy. The youngsters, playing their first or second season can learn a lot from him. They can observe the way he approaches his game. Youngsters like us have a lot to learn from him,” he said.

Mumbai is missing Ajinkya Rahane and Rohit Sharma, who are involved in the ODI series against Pakistan, and Agarkar said, “the match (India vs Pakistan) is tomorrow. Had it been today, it would have been different. On the day of the game if someone gets injured, even if they are not in the playing 11, it is not going to be possible.

“It’s unfortunate that two key players, but there are other players who have done well for us throughout the season.

We are quite happy with what we have at the moment.”

Asked about Wasim Jaffer‘s mindset, who has a family problem, Agarkar said, “It is not easy. He is quite keen to play and obviously he is very focused and practiced today. He took a day off yesterday. We have left it completely upto him.

He is very keen to play, which is great for us.”

Baroda too will be without the services of Irfan Pathan and Munaf Patel, and Yusuf said, “it is sad for us that a player like Irfan won’t play the quarter finals for us. Munaf also has an injury. First he had an ankle injury and then a knee injury. It is a disadvantage for us to be without these two bowlers.”

On the pitch, he said, “There was a bit of grass in the Punjab game as well. It played better than what we thought with the grass. we always ask for a wicket that gives help to both batters and bowlers.

Asked about the Mumbai team combination, he said, “in a five day game, an extra bowler comes in handy with the wear and tear. Generally we prefer playing with five bowlers. We have got guys who can bat lower order and then chip in, and that helps. We are still thinking but I prefer five bowlers.”