Ranji Trophy champions Mumbai's pace spearhead Dhawal Kulkarni said on Monday ahead of his maiden five-day Irani Cup clash against the Rest of India that he has added a few yards to his pace and a few variations too, which have worked well for him this season. 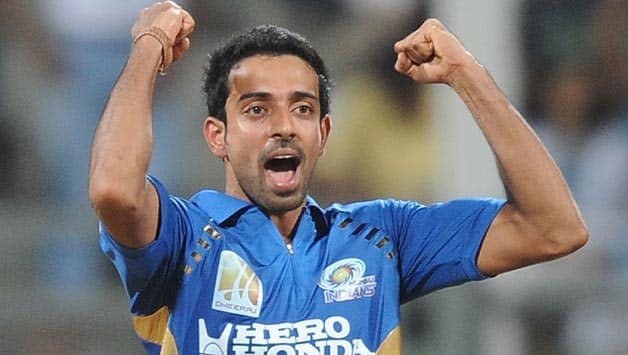 Ranji Trophy champions Mumbai’s pace spearhead Dhawal Kulkarni said on Monday ahead of his maiden five-day Irani Cup clash against the Rest of India that he has added a few yards to his pace and a few variations too, which have worked well for him this season.

“I have worked more on my fitness, worked hard in the nets. The aim before the season was to bowl at a consistent pace which was not there earlier and I worked on that. I wanted to increase pace and that’s what I did,” said the 24-year-old bowler who picked up a match-winning nine for 56 in the Ranji Trophy final against Saurashtra.

Mumbai rode on the youngster’s haul and a century by experienced opener Wasim Jaffer on a bouncy pitch to thump Saurashtra by an innings for their 40th title.

“When I was bowling, it was like a one-way traffic for the last two three years. I have developed two-three variations in my bowling which has helped,” he said.

Kulkarni, who picked up five for 33 in the semi-final against the Services to pilot Mumbai into the summit clash, also credited senior teammate Sachin Tendulkar for the tips he gave.

“Before the semi-final he (Sachin) worked on my bowling, (as he) stood watching during the net session. There were minor mistakes, like the position of the wrist, which we rectified. He does help everybody, not only me,” said Kulkarni who picked up 30 wickets at just under 23 in the championship.

Kulkarni also hailed his captain and senior new ball partner Ajit Agarkar for the help he gives while bowling.

“It’s quite good (bowling alongside Agarkar) and when he stands at mid-on or mid-off and shares his experience, it is quite helpful.”

“I am happy with my performance, have been bowling well throughout the season but the only thing missing was wickets. I managed to get wickets in the last two games. (I am) feeling quite good about it,” he added.

The Mumbai-born player sounded upbeat about the upcoming challenge of bowling to the likes of RoI skipper Virender Sehwag and his Delhi opening partner Shikhar Dhawan in the Irani Cup match, commencing at the Wankhede Stadium on February 6.

“This is a big game for me; (have) never been part of a winning (Ranji) side. I am aiming to do well in this game. I am quite excited about it. Feeling quite confident after my last two games.”

Kulkarni, who made his first-class debut for India ‘A’ against Australia ‘A’ five years ago, will have another chance to impress the selectors when he turns out for India ‘A’ in the tour game against the visiting Australians later this month at Chennai.

“I am not looking that forward. This game is quite important,” said Kulkarni.