Sachin Tendulkar has conjured enough records and milestones in cricket, but the hundred international tons is one which looks likely to stand for a very, very long time. Such is the magnitude of the record that the next batsman in line, almost 30 tons behind! 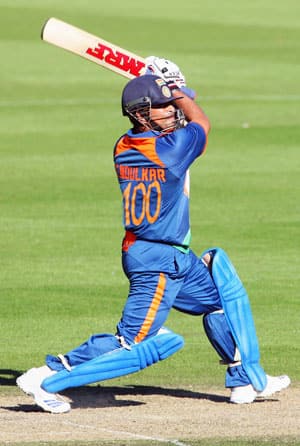 Sachin Tendulkar has conjured enough records and milestones in cricket that there is hardly anything left got him to conquer. From his 17,000 runs in ODIs to 15,000 runs in Tests, all look unconquerable. But the hundred international tons is one which looks likely to stand for a very, very long time. Such is the magnitude of the record that the next batsman in line, almost 30 tons behind!

The below list captures ten of Tendulkar s memorable hundreds and the moments and milestones in achieving the feat:

Tendulkar not only registered his maiden Test hundred but also become the second-youngest, after Mushtaq Mohammad, to score a century in Test cricket. That it was a match-saving, fourth innings knock makes it that more special.

The best of the batsman struggled to score on the bouncy Australian tracks, but Tendulkar stood tall by cracking two hundreds in the series. He displayed a full repertoire of strokes against the fearsome Aussie quickies in compiling his first hundred in Australia at Sydney – the youngest cricketer to score a Test hundred in Australia. If that was not enough he scored a magnificent 114 at Perth, a knock which is still talked about admiringly in the cricketing world.

This was Tendulkar s first Test hundred at home – his fifth overall. His record of five centuries before age 20 is a world record. This was also the first hundred of his many epic hundreds at Chennai.

This century surpassed West Indies opener Desmond Haynes record of 17 ODI hundreds. If it took five years to register his first ODI hundred, then the next 17 came in less than four years! So prolific he was that he scored a hundred once in every seven matches during this period.

The match-winning hundred made him the first person to register 25 hundreds in ODIs. Only two cricketers Ricky Ponting and Sanath Jayasuriya have reached this landmark.

This was his only second double hundred in Test career and also became the first person to record 50 centuries in international cricket. At this point of time he had 26 hundreds in ODIs and 24 in Tests.

This hundred helped him move past Sunil Gavaskar s record of 34 Test hundreds a record that stood for almost 18 years. This century was close to Tendulkar s heart as he surpassed the record of his childhood idol. Gavaskar predicted that Tendulkar wasn t going to stop at 35 and Tendulkar didn t disappoint the maestro.

At the age of 37 most of the cricketers are either retired or clearly past their prime. Not Tendulkar. He notched up what was unthinkable and something which could not be achieved in 39 years of ODI cricket the 200-run barrier! It was fitting that the first double-century in the 50-over game came from the blade of the most prolific run scorer in this format s history.

This beautiful counter-attacking hundred in seaming conditions against the dangerous Dale Steyn and Morne Morkel didn t prevent an Indian loss, but it got Tendulkar his 50th Test hundred. This was also his 97th international hundred.

The unimaginable record came after a year-long agonizing wait. This is one record that would take a long time to get broken and it is the equivalent of Sir Donald Bradman s 99.84. It will also be very sweet for Tendulkar as it came after he endured the kind of sustained criticism he never had all through his career.