Former Pakistan players Mohammad Yousuf and Saqlain Mushtaq on Saturday paid tributes to Sachin Tendulkar, saying that world cricket will be left with a big void after his retirement. 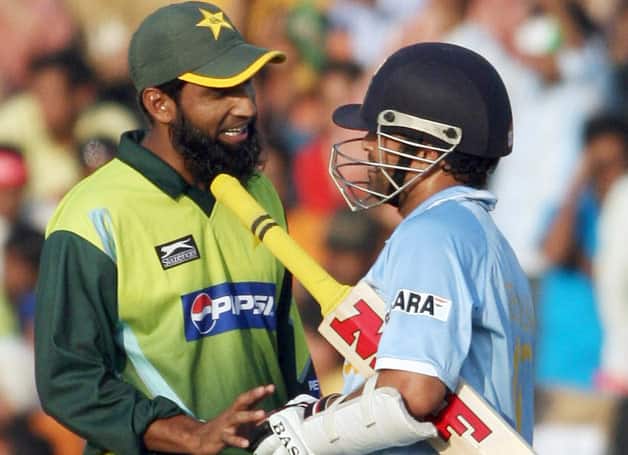 Former Pakistan players Mohammad Yousuf and Saqlain Mushtaq on Saturday paid tributes to Sachin Tendulkar, saying that world cricket will be left with a big void after his retirement.

“There is going to be a big void because I don’t think we will ever see a champion batsman like him again in cricket,” Saqlain said of Tendulkar who will retire from Test cricket after playing in his landmark 200th match later this month.

“There is only one Tendulkar, I don’t see anyone surpassing his feats. I can say for me taking his wicket in the Chennai Test in 1999 remains my most prized wicket even today,” 36-year-old Saqlain, who took 208 wickets from 49 Tests and another 288 in 169 ODIs, told ‘Geo Super’ channel.

Former Pakistan captain Mohammad Yousuf also lauded the contribution of Tendulkar to Indian and world cricket. “I belong to the old school of batting skills and for me watching him (Tendulkar) bat has always been a pleasurable experience even if when we were on opposite sides,” he said.

Yousuf said that if India had produced a host of quality batsmen it was only because of the undeniable influence and imprint left by Tendulkar.

“I don’t think anyone has made such a big imprint on Indian cricket and all the praise he is getting now is deserved.”

Yousuf said he had always found Tendulkar to be a very nice human being.