Sachin Tendulkar shared a rare photo of him and his siblings.

Be it a celebrity or a common man, family get-togethers are always pleasing. Recently, Sachin Tendulkar had a similar experience and let his fans know about it by sharing a rare photo of the reunion. Tendulkar, in the photo, is seen with his brothers Ajit and Nitin Tendulkar and sister Savita Tendulkar. They all matched colour-code as they turned up for the premier of Sachin’s docu-drama ‘Sachin: A Billion Dreams’. The siblings were decked up in black outfit and struck a happy pose for the photo surrounding Tendulkar, who later joined the Indian Cricket Team for a fun selfie.

Tendulkar wrote via his Instagram account “It’s a rare occasion that we’re all together in a frame, wearing black suits, along with my sister in a lovely saree.” He also thanked the designer, Umang Mehta, for the suit that he adorned for the premier night. Here is what Sachin posted:

It’s a rare occasion that we’re all together in a frame, wearing black suits, along with my sister in a lovely saree. Thank you @_umangmehta for the smart look!

Tendulkar was later seen joining Team India for a group selfie as they turned up for the premier of the movie. Taken by captain Virat Kohli, the selfie features most of the current Team India players including MS Dhoni and the support staff as well. The team departed for the ICC Champions Trophy 2017 shortly after.

Here is the selfie:

Thanks a lot team #India for making the day special. A lasting image of the boys led by @virat.kohli before they left for #London. #SachinABillionDreams #BCCI

India will start their Champions Trophy campaign against arch-rivals Pakistan on June 4. Prior to that, India play two warm-up games first against New Zealand on May 28 and then Bangladesh on May 30. 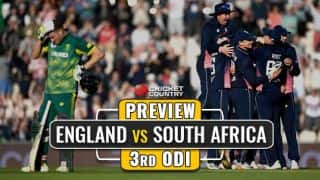 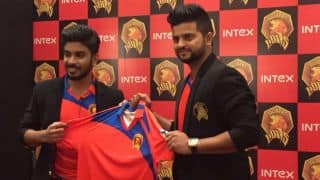