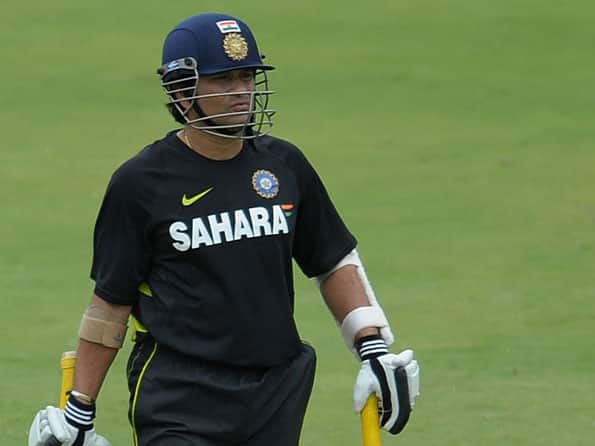 Tendulkar has been bowled three times in a row in the ongoing Test series against New Zealand.

But the former South African cricketer is not too worried by Tendulkar s mode of dismissals.

Pollock said, “I don t think getting bowled too often should be a worry. Normally, if your technique is okay, you will be dismissed leg before you ve got to have your bat and pad close together.

“If you are getting bowled between bat and pad, then there is something wrong with your technique and one has to start tightening up. You get out leg before wicket if the ball comes back, but at least you have protection of the bat and the pad close together so that the ball doesn t go between them.”

He further added, “You can have a phase where the ball is doing a bit and you end up getting bowled and that s not a problem as long as you are not missing straight deliveries because of your technique not being right.”

Pollock admitted that the reflexes slow down when a batsman starts ageing but expressed confidence that the ‘Little Master will still accumulate more runs.

He was quoted by Mid Day as saying, “Once you get into the mid-30s, your reflexes slow down. The individual alone knows how much more difficult it is. You must be aware are you slowing down, is it worthwhile and are you getting runs?

“Sachin is still going to get a lot of runs. Technically, he is good. It takes longer to settle in and you will not get on to the bad ball as often. But if you are still making a contribution and you are confident within yourself that you can make runs there is nothing wrong with that.”

Pollock praised Tendulkar s longevity and emphasised that the Indian batting maestro should continue playing till he enjoys it.

He said, “Tendulkar has played a huge amount of cricket. His record is absolutely incredible, and he s still enjoying it.

“A lot of people tend to get out (of the game) earlier than they should. If he is still enjoying it and still making a contribution, then he must keep going. At 43, I got a hundred against (Rodney) Hogg and (Terry) Alderman and I was confident of handling it.

“It does get a little more difficult (with age), but you are more experienced and you can come through without a problem.”

Australia is not a racist country: Brett Lee