Sachin Tendulkar silver coins to be launched on March 14

Sachin Tendulkar silver coins to be launched on March 14

15,921 coins corresponding to the number of runs scored by Tendulkar in Test cricket will be minted

Special edition Sachin Tendulkar silver coins, with his face, name and signature embossed on them, will be launched on March 14 in Mumbai in the presence of the Indian cricket legend himself.

Valuemart Gold & Jewels and Diamond India would launch 15,921 coins, corresponding to the number of runs that the batting maestro scored in Tests during his glittering 24-year international career between 1989 and 2013.

The special edition coins would also have the batting icon’s name at the top, 200th Test match-2013 written below, where his face is engraved, and “ST” logo, as per the details in the invite issued for the launch function. The coins, minted in 200gm silver, have been crafted by Switzerland-based precious metal refiner Valcambi SA.

Silver coins named after the legend are already available on the market. These weigh 20gm and 10gm, carry his photo and signature, but are without the figure of 200, signifying the number of Tests he had played before retiring in November last year. Last year, Valuemart Gold & Jewels had launched 1 lakh Tendulkar gold coins, each weighing 10 gram, but no information is available as to how many of these were bought by the public. 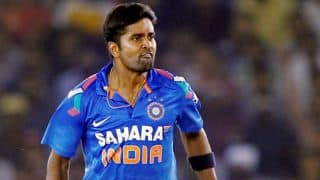