The Sahara Cup mentioned by Mamata was a bilateral ODI cricket series between India and Pakistan.

Sachin Tendulkar, Sourav Ganguly, and Sunil Gavaskar were accused by Bengal chief minister and Trinamool Congress supremo Mamata Banerjee for taking money from Subrata Roy’s Sahara group. “No one can damage the stature of All India Trinamul Congress…The Sahara group had sponsored the Sahara Cup as well as the Indian cricket team…Even Sourav [Ganguly] and Sachin [Tendulkar] played. Should Sourav, Sachin, [Sunil] Gavaskar not be blamed?” Mamata said during an interview to the television channel, ETV News Bangla.

She was responding to a question whether the Central Bureau of Investigation (CBI) probe into the Saradha scam was affecting her and her party’s image or not. Sahara was a long time sponsor of Indian national cricket team. Though the sporting deals were between Sahara, which won the rights through bidding, and The Board of Control for Cricket in India (BCCI), not directly with the players. Some players did have brand promotion contracts with Sahara or played for Pune Warriors (Former Indian Premier League team owned by Sahara group), but none has been accused of taking unaccounted money.

The Sahara Cup mentioned by Mamata was a bilateral ODI cricket series between India and Pakistan but held in Canada between 1996 and 1998. It is not clear why the chief minister referred to Gavaskar because the cricketer-turned-commentator is not known to have been associated with Sahara. 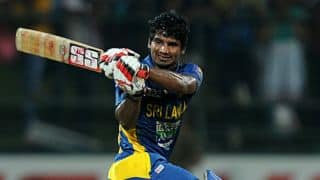