Rajiv Shukla paid tribute to the Indian legend and also thanked the government.

Board of Control for Cricket in India (BCCI) vice president and Union Minister Rajeev Shukla said Sachin Tendulkar is the “most deserving person” to win the Bharat Ratna award and thanked the government for bestowing the honour on the batting legend.

“I was extremely delighted to witness the most deserving person being bestowed with the Bharat Ratna award,” said Shukla, who was present during the occasion.

“Despite his iconic stature, Sachin Tendulkar is simply one of the most humble people you would ever come across. His phenomenal records, longevity and the unparallelled dedication he had towards his craft clearly establishes the fact that his coveted records cannot be broken for another 100 years.

“Sincere thanks to the UPA government for understanding the sentiments of the nation and duly conferring Sachin Tendulkar with the highest civilian award,” he said.

Tendulkar, who retired from international cricket on November 16 last year, is the first sportsman to be bestowed with the honour.

Tendulkar (40) and Rao (79) — both of whom are recipients of Padma Vibhushan — the country’s second highest civilian honour, will join a list of 41 eminent personalities who have been conferred with the award that is given in recognition of exceptional service of the highest order since it was instituted in 1954. 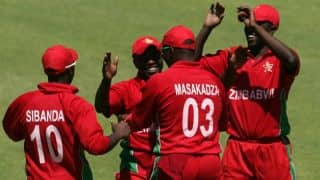