Sachin Tendulkar will receive the Bharat Ratna from the President on Tuesday.

Master batsman Tendulkar, who retired from international cricket on November 16 last year, will be the first sportsman to be bestowed with the honour by the President at a function to be held in ‘Durbar Hall’ of Rashtrapati Bahavan.

Tendulkar (40) and Rao (79), both of whom are recipients of Padma Vibhushan — the country’s second highest civilian honour, will join a list of 41 eminent personalities who have been conferred with the award that is given in recognition of exceptional service of the highest order since it was instituted in 1954.

In a fitting finale to a record-breaking career spanning 24 years, Tendulkar, a former India Captain, was chosen for the prestigious award, after his farewell 200th Test against the West Indies in Mumbai on November 16, 2013.

An official statement had said Tendulkar has been a true Ambassador of India in the world of sports and his achievements in cricket are unparalleled, the records set by him unmatched, and the spirit of sportsmanship displayed by him exemplary.

“That he has been honoured with several awards is testimony to his extraordinary brilliance as a sportsman,” it said, noting that Tendulkar has played cricket across the world and won laurels for the country during the last 24 years since a young age of 16.

There have been continuous demands for a long time for Tendulkar to be conferred the top honour and the eligibility criteria for it was revised last year to accommodate sportspersons as well.

The Bharat Ratna was announced after a gap of four years with Hindustani music doyen Bhimsen Joshi being the last recipient in 2009.

Incidently, Union Home Ministry today came out with guidelines about Bharat Ratna saying the award cannot be used as a prefix or suffix to the recipient’s name under the Constitution.

However, the award winner can use mention as ‘Awarded Bharat Ratna by the President’ or ‘Recipient of Bharat Ratna Award’ in their bio-datas, letter head or visiting cards.

The recipient receives a Sanad (certificate) signed by the President and a medallion. It does not carry any monetary grant. 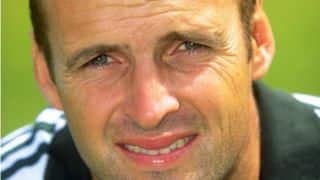 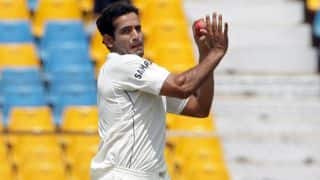