Tendulkar is set to own the Mumbai franchise with features Rafael Nadal.

Prasad Potluri, the chairman of PVP was quoted by Business Standard, “Partnering a legend like Sachin is a privilege. For the past couple of years, our focus has been to aggressively grow our sports business. To do this, we have invested in the Hyderabad team in the Indian Badminton League and the Indian franchise for the IPTL, apart from this football team.”

This news comes a day after Tendulkar successfully bided for the Kochi franchise in the football league, Indian Super League (ISL). The ITPL will feature three other teams apart from Mumbai and they are Dubai, Bangkok and Singapore. Initially, the details of ownership were not made public by Globosport, the company that is running this venture. This was in turn left to the team officials to do so.

Tendulkar’s involvement in this comes at a time when he has moved into his post retirement life. It seems clear that he wants to stay connected with sports in any way. Football was up, then came tennis. Now, what is next? 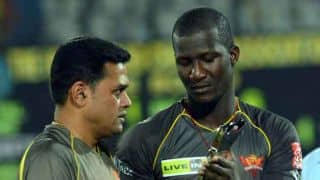 IPL 2014: Sunrisers are known for being a family-oriented team, says Darren Sammy