Sachin Tendulkar to return Bharat Ratna after PIL was registered against him?

Sachin Tendulkar to return Bharat Ratna after PIL was registered against him?

A petition has been filled against Sachin Tendulkar for appearing in TV commercials.

Sachin Tendulkar has been asked to return his Bharat Ratna honour on moral grounds. A PIL has been registered to get Tendulkar return his honour since he appeared in a TV commercial. The petition has been admitted in Madhya Pradesh High Court on Thursday.

ABP news reported that the court has asked for further inquiry by asking the assistant solictor general to find if there are any Supreme Court guidelines that bar Tendulkar from appearing in TV commercials. As per reports, VK Naswah, the petitioner, has alleged that Tendulkar has misused the honour by appearing in commercial advertisements. He has demanded that the government should take back the award or Tendulkar himself should return it on moral grounds. Tendulkar was conferred with the award last November. He is now part of the BCCI’s advisory committee.

Tendulkar is perhaps the most identifiable Indian in the world, and certainly among the most widely loved and respected. He holds multiple records in both Test and One-Day International (ODI) cricket including, but not limited to, most runs in each format individually and across formats, most international centuries, most international matches, and many more. He was the first man to score 200 in an ODI, he is still the only man to reach 100 international centuries, has led India, and was one of the major reasons for India’s triumph in ICC Cricket World Cup 2011. 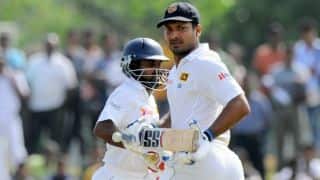 India showed arrogance and complacency against Bangladesh in 1st ODI