Sachin Tendulkar: West Indies' pull out from India tour not good for cricket

Sachin Tendulkar: West Indies' pull out from India tour not good for cricket

West Indies pulled out midway from its India tour last month owing to a pay dispute.

Sachin Tendulkar termed it “not good for cricket” the West Indies team’s pull-out midway into its India tour last month owing to a pay dispute with its cricket board and players’ association.

“It’s definitely not good for cricket but if I speak further on this topic it would be unwise,” the 41-year-old cricket icon said.

In the city to promote his autobiography, ‘Playing It My Way‘, Tendulkar said that since retiring last year after owing almost every international record, he had not been very heavily involved with cricket.

“Since I’ve retired I’ve not been following cricket as closely,” he said during a press conference at Lord’s.

He added: “I only read a couple of things – to go into details I really don’t know what transpired that made them take that decision. I don’t know what the respective players have said to their boards so I don’t want to make a big statement on that.”

The cash-strapped West Indies Cricket Board (WICB) was left facing a USD 42 million claim by its Indian counterpart for lost earnings after its side pulled out of the India tour following the fourth ODI in Dharamsala on October 17.

The fifth ODI, a Twenty20 match and three Tests still remained to be played. A livid BCCI then slapped sanctions on the Caribbean board and suspended bilateral ties with them.

Last week, West Indies great Brian Lara, a contemporary of Tendulkar and also one of the best batsmen cricket has known, said he did not expect the BCCI to pull the plug on Caribbean cricket. 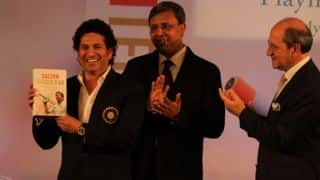 Sachin Tendulkar's 'Playing It My Way' breaks all records 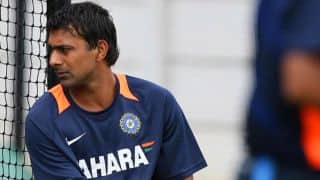