Sachin Tendulkar and Sourav Ganguly were among the host of high-profile winning bidders as the organises of the much-anticipated Indian Super League ( ISL) Sunday unveiled the eight franchises for the event that is set to take Indian football by storm.

The bid winners for the eight franchises of the league, which is scheduled to be held in September-November, was announced here by organisers IMG-Reliance after evaluation of the bids by a seven-member panel.

Tendulkar bagged the Kochi franchise along with PVP Ventures, which also owns a team in the Indian Badminton League while Ganguly, who bid by forming a consortium with Spanish League giants Atletico Madrid and businessmen Harshavardhan Neotia, Sanjeev Goenka and Utsav Parekh, won the Kolkata franchise.

The Mumbai franchise went to Bollywood star Ranbir Kapoor and Bimal Parekh while another tinsel town biggie Salman Khan bagged the Pune franchise together with Kapil Wadhawan and Dheeraj Wadhawan of the Wadhawan Group.

Another actor John Abraham teamed up with I-League side from the northeast, Shillong Lajong, to bag the franchise to be based in Guwahati.

Organised by IMG-Reliance in association with Star India, the league has the backing of All India Football Federation (AIFF), and is set to see big names as icon players such as former France international Robert Pires and ex-Sweden and Arsenal player Fredrik Ljungberg.

Sources said that the organisers received positive response from more than 30 interested parties to its ‘Invitation To Bid’ tender notice, which closed on March 27.

It is learnt that around 18 to 20 bidders had put in their money on ISL either through forming a consortium or individually. This is for the first time that a franchise property in sports in India has elicit such a response from the business as well as sports and Bollywood community.

International advisory firm, Ernst & Young, had the mandate of drawing up and validating the bid process. Each bidder was subject to strict eligibility norms and was required to submit the bids, as prescribed under the ‘Invitation to Bid’ document.

The bids were evaluated by the jury panel in the presence of Ernst & Young representatives, the organisers said.

“IMG Reliance and Star India promoted ISL, under the aegis of  AIFF, have reached a crucial junction on its path to rediscover Indian football, as it identifies and awards eight ‘League Partners’ across the country ahead of the proposed September-November 2014 inaugural season,” the IMG-Reliance said.

“Termed as an unrivalled footballing event, the Indian Super League being planned under the Football Sports Development Pvt Ltd. aims to ignite a revolution in the sport and ultimately enable Indian football to thrive and perform at the highest level on the international stage.

“ISL’s proposal for ‘League Partners’ received an overwhelming response from the Business, Sports and Bollywood community, to own a team from the nine proposed cities in the contention,” the organisers said.

IMG-Reliance said the ISL will help in taking football to other non-traditional centres, which will only help in raising the profile of the game in the country.

“Four of the final eight cities — Delhi, Kochi, Guwahati and Bangalore — will find itself in the mainstream football map of the country, which is traditionally being dominated by Kolkata, Goa, Pune and Mumbai, through the high-profile professional ISL,” it said.

Tendulkar, who retired last year from international cricket after 24-year-long illustrious career, will be associated with the team as its brand ambassador, the release said.

PVP Ventures, headed by Prasad V Potluri, is one of the largest investors of the country in media and entertainment industry and is listed on the BSE and the NSE. PVP was one of the bidders for Hyderabad team of IPL in 2012.. 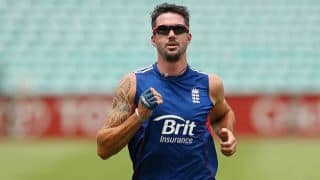 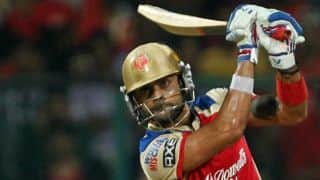 Virat Kohli: IPL is a lot of enjoyment for players