Sachin Tendulkar has been synonymous with Mumbai since the inception of Indian T20 league. He was named Mumbai s icon player as well as the captain of the side. Tendulkar has captained the side in 55 matches and holds a win percentage of 58.18. He was Mumbai s most successful captain then until Rohit Sharma took over the mantle.

Under Tendulkar, Mumbai have entered the final once in 2010 and playoffs in 2011. Now, ‘icon’ Tendulkar makes it a point to visit almost every game of Mumbai every season.

Defending champions Mumbai will be playing their first game against Chennai on April 7 at Wankhede Stadium in Mumbai.

The master had a special message for the three time Indian T20 league winners: The pressure and expectation is there. Because…we ve delivered. Even the team will be looking forward to this season. And it is a good reputation to have. Because you continued to build on it. I would be slightly uncomfortable if I am crossing the line and I am walking out there in the middle and nobody is expecting anything from me. I want people to expect something from me. And that is what we want the crowd to expect from Mumbai. 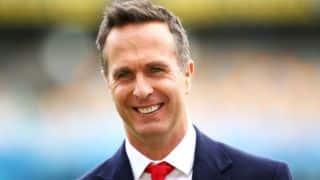