Rajya Sabha chairman Hamid Ansari said that Sachin had been absent only for 40 days.

Members of Parliament created an uproar on Friday over the continuous absence of master-blaster Sachin Tendulkar and actress Rekha in the Rajya Sabha. Questioning their absence, CPI member P Rajeev said  “If they are absent for 60 days, their seat can be vacated.”

Criticising both, lyricist and scriptwriter​ Javed Akhtar said, “Membership of Parliament is not a trophy, Sachin should come to Parliament.”

Mentioning that both Sachin and Rekha have not taken a single MP privilege, Rajeev Shukla said, “They should attend Parliament more frequently.” “I think Sachin should attend parliament. When he was playing cricket, he never missed a practice, so now that he has retired, so should come,” the BJP’s Kirti Azad said.

However, Rajya Sabha chairman Hamid Ansari said that Sachin had been absent only for 40 days, and Rekha, less than that. “No violation of the Constitution has occurred,” he said. Till now, Sachin has attended Parliament for three days, while Rekha has been present for seven days.

Meanwhile, Deputy Chairman PJ Kurien said that action can be taken against members only if they have remained absent for at least 60 days.

(The above article first appeared in DNA) 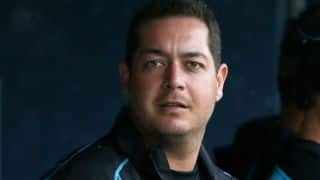 N Srinivasan: ICC not considering any revamp in Code of Conduct