Tendulkar tweeted about this to inform his fans and followers about the book release.

Sachin Tendulkar‘s much waited autobiography, “Playing It My Way“, will be available on November 6. Tendulkar tweeted about this to inform his fans and followers about this book release. The highest run-scorer in the history of international cricket, Tendulkar retired in 2013 after playing for an astonishing 24 years.

The most celebrated Indian cricketer of all time, he was conferred the Bharat Ratna — India’s highest civilian award — on the day of his retirement. Now Sachin Tendulkar tells his own remarkable story — from playing in the by lanes of suburban Mumbai, to his first Test cap at the age of 16 to his 100th international century and the emotional final farewell that brought his country to a standstill.

“I knew that agreeing to write my story would need me to be completely honest, as that’s the way I have always played the game. It would require talking about a number of aspects I have not shared in public before. So here I am, at the end of my final innings, having taken that last walk back to the pavilion, ready to recount as many incidents as I can remember since first picking up a cricket bat as a child in Mumbai thirty-five years ago,’ said Tendulkar.

#PlayingitMyWay, my autobiography will be available on Nov 6th. Here’s a little preview #Excited ! pic.twitter.com/e7mZSQdlmQ 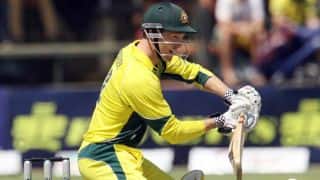