Sachin Tendulkar has captured the imagination of many but Mumbai-based filmmaker Hansal Mehta is keen on making a biopic on the legendary batsman’s elder brother, Ajit. He has been responsible for shaping Tendulkar’s career and was the one who took him to train under Ramakant Achrekar who guided the Little Master in his early days.

“Hansal is very kicked about the project, he has had a long chat with a leading studio about it. He hasn’t met Ajit yet, as the project is still at a nascent stage. His film will highlight the life of Ajit and his contribution to the creation of Sachin who is now known as the God of Cricket,” a source was quoted by Bollywoodlife.com.

“The film is not a biopic on Sachin. The focus will be on Ajit who has always silently supported his younger brother while remaining out of the headlines. Hansal plans to focus on Ajit’s highs and lows as he sees Sachin grow into a world renowned icon,” the source added.

Even in his farewell speech, Tendulkar acknowledged the sacrifice made by his brother. “I have lived this dream not only for myself but also for brother Ajit. It is difficult to explain in words, the sacrifice he has made for me,” Tendulkar had said. S Sreesanth gets married to girl from Jaipur's royal family 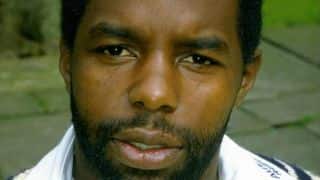