The game rates both Sachin Tendulkar and Virat Kohli at 195 ratings.

Sachin Tendulkar launched Sachin Saga Cricket Champions, the much-awaited game on both Android and iOS. The game rates Rahul Dravid the 18th-best batsman with a rating of 155. Quite fairly, Don Bradman tops the list with 200. Bradman is followed by Tendulkar himself and Virat Kohli, both of whom have been assigned with 195. Tendulkar has certainly pleased Kohli admirers by rating the Indian captain at par with himself. But Dravid fans will certainly be fuming.

Dravid has been rated below the likes of Michael Clarke (158) and Chris Gayle (160). In fact, Sourav Ganguly has been rated at a high 180. Ganguly and Dravid started their Test career together and both got off to a great start. There wasn t much to choose between the records till Ganguly became the captain in 2000. Ganguly s form met a prolonged slump in the early 2000s and Dravid went on to scale his reputation as one of the finest in the world.

However, Ganguly was always a better bet in ODIs. In 2000 he was rated amongst the finest ODI batters of all-time. During his peak Ganguly even challenged Tendulkar s supremacy as an ODI player.

The only other cricketer to have a 200 rating is Wasim Akram. AB de Villiers and Ricky Ponting are rated 190 and 187 respectively.

Ganguly was undoubtedly a more attacking batsman than Dravid. But when it came to Test cricket, Dravid was a far more reliable option. Not getting into the comparison on who was better, it is certainly absurd to see a difference of 25 points between these two Indian greats. 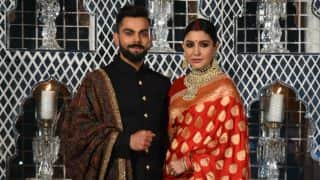 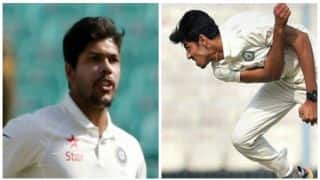