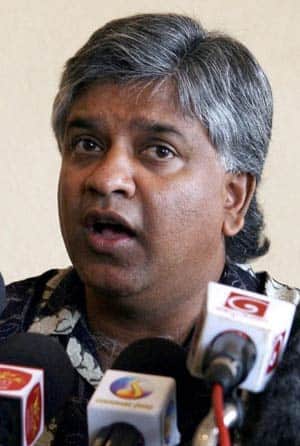 Marsh was this week replaced by South African Graham Ford.

The move followed Tillakaratne Dilshan quitting the captaincy on Monday. Former skipper Mahela Jayawardene was brought in to lead the team to Australia for the upcoming triangular one-day series involving India.

“It is disgraceful the way Sri Lanka Cricket handled it by removing a professional like Marsh,” the former Sri Lankan captain Ranatunga, 48, told AFP a day after the governing body sacked him.

Marsh had begun a two-year contract in September 2011 when he was abruptly shown the door. He has not commented on his dismissal and Sri Lanka Cricket has not given any reasons for the sudden move.

Removing Marsh also sends a negative signal to professional staff who work with Sri Lanka or plan to work with the national cricket team in the future, Ranatunga said.

“Top coaches, physios will think twice before they accept a job from Sri Lanka in the future. Sri Lanka Cricket has set a very bad precedent,” said Ranatunga, who led Sri Lanka to their only World Cup triumph in 1996.

Ford, 51, is the fourth to coach Sri Lanka since Australian Trevor Bayliss stepped aside after the World Cup final in April 2011. Bayliss’s assistant Stuart Law took over for the England series and quit to coach Bangladesh.

Sri Lankan pace bowler Rumesh Ratnayake took over for the home series against Australia and was replaced by Marsh.

Ranatunga, a former captain and opposition lawmaker, also blamed administrators for the country’s poor run of form after losses to England, Australia, Pakistan and South Africa.

“People who run cricket in this country, have no clue about the game. Do you think they love the game? No. Sri Lanka Cricket is in a major mess,” he said.

He said re-appointing Jayawardene, who led the side to the 2007 World Cup final, was not the right way to fix the losing streak.

“It is like changing the pillow to fix a headache. Mahela is not getting younger. I am surprised he accepted it again. We have to groom young people for the captaincy,” he said.

He accused the government of meddling in the sport that has led to its financial ruin, poor governance and lack of foresight to pick players.