Paksitan spinner Saeed Ajmal troubled the South African top-order as they limped to 139 for five at the end of the second day’s play in the first Test between South Africa and Pakistan at Cape Town on Friday. 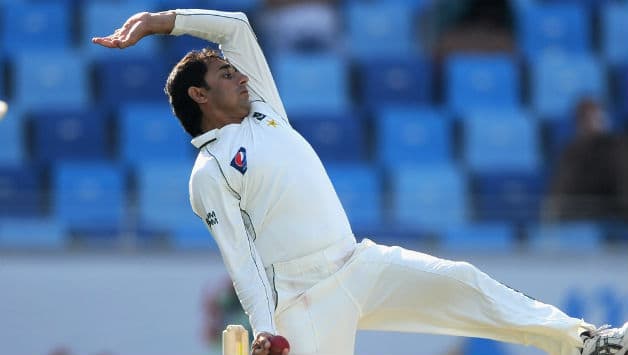 Paksitan spinner Saeed Ajmal troubled the South African top-order as they limped to 139 for five at the end of the second day’s play in the first Test between South Africa and Pakistan at Cape Town on Friday.

Resuming at 65 for two after Tea, South Africa continued to struggle against Ajmal who went on to pick three more wickets. First to fall in the final session was the dangerous Hashim Amla.

Amla was starting to look comfortable and was poised to pile on the runs but was trapped leg before by a delivery from Ajmal that turned sharply. Amla reviewed it but in vain as the home side was reduced to 84 for three.

Next man to fall was Jacques Kallis, not without confusion and controversy. Pakistan appealed for a catch and was adjudged out by Steve Davis. Kallis opted for a review and replays showed that his bat hit his bat. However, the ball hit his pads in line and third umpire Billy Bowden ruled in favour of Pakistan. Kallis stood his ground and clarified further with the on-field umpires but eventually had to take the long walk back to the pavilion.

Ajmal picked up his fifth wicket when Faf du Plessis edged a delivery to Younis Khan at first slip to reduce South Africa to 109 for five.

Earlier, South Africa were 65 for two at Tea.

After being bowled out for 338, Pakistan needed to come back strongly through their effective bowling attack. Umar Gul created the first opportunity making Graeme Smith to play at a good length delivery. However, to the bowler’s disappointment, Younis Khan dropped the catch giving another life to Smith.

Tanvir Ahmed who opened the bowling attack from the other end found no assistance from the pitch. Moreover, a leisure speed of 120 kmph was not going to trouble the openers who negotiated it easily. Smith and Peterson moved cautiously against the Pakistan attack.

Ajmal found the first breakthrough dismissing Smith for 19 runs. The South African skipper attempted to sweep the delivery and was struck in line. However, the Umpire thought otherwise and turned down the appeal. The visitors chose to go for the review resulting in the decision being overturned. Both teams will be happy with the Decision Review System (DRS) in this match considering the hot-spot debacle at Wanderers in the last Test.

A few overs later Ajmal struck again as Azhar Ali showed great reflex to hold on to a catch offered by a defensive Peterson.

South Africa chose to promote Du Plessis ahead of experienced Kallis. Both Amlas and du Plessis saw through the remaining overs comfortably.