Ajmal, 37, leaves for Britain next week to undergo tests on his new action.

Suspended Pakistan off-spinner Saeed Ajmal has said that he is ready to test his remodeled bowling action and warned opponents that he will come back as strong as ever.

Ajmal, 37, leaves for Britain next week to undergo tests on his new action, having been suspended by the International Cricket Council (ICC) in September following a biomechanical test carried out in Brisbane, Australia.

Sport24 quoted him, as saying here that he had applied for a visa to go to the United Kingdom, and that he was supremely confident of making a strong comeback to the national team.

Ajmal has taken 178 wickets in 35 tests since his debut in 2009. He went for an analysis as per ICC regulations after match officials reported his action following the first test against Sri Lanka at Galle in August.

The champion spinner, who was Pakistan’s leading wicket taker in the last two years before his suspension, said he had already made some corrections to his bowling action. 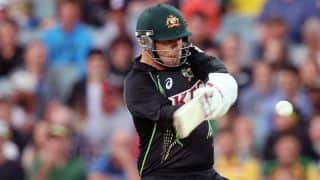 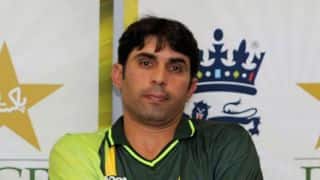